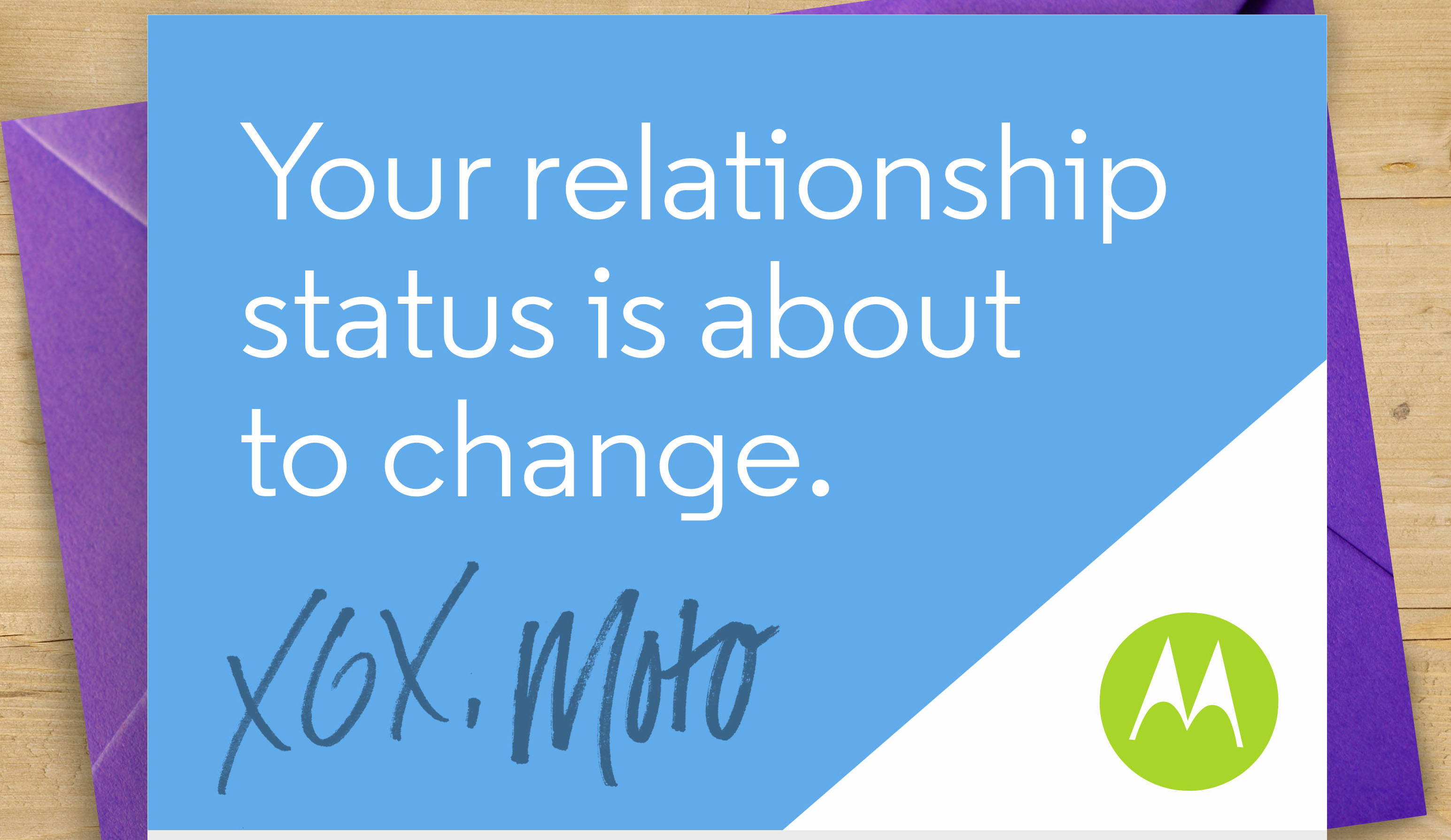 Motorola has begun sending invites to events hosted in New York City, London, and São Paulo on July 28th, promising that “Your relationship status is about to change.”

The Lenovo-owned company is expected to announce at least two new phones at the simultaneous events, including a Moto X and Moto G, along with refreshes to the Droid lineup for the U.S.

We’ve already seen a number of leaks indicating that in some ways Motorola is returning to the soft curves of the original Moto X while retaining the metal chassis and larger screen size of last year’s model. What we want to know is whether the camera, which a Motorola executive promised would receive a big upgrade this year, can stand up to the competition.