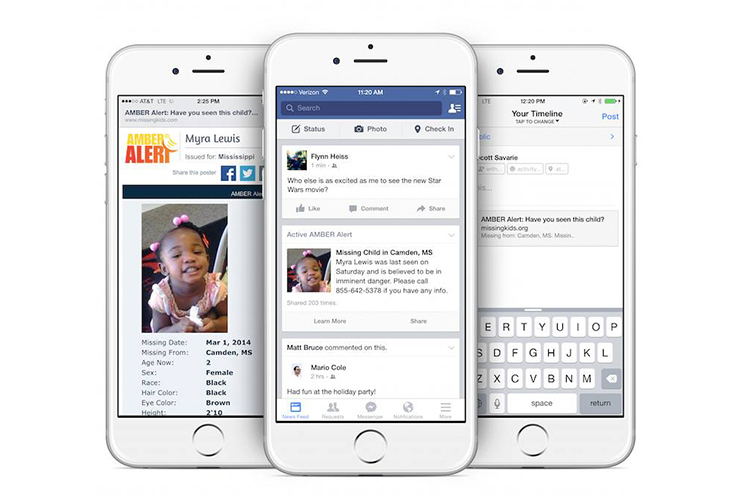 In 2010, the Canadian Wireless Telecommunications Association (CWTA) and the RCMP launched a free service to issue AMBER Alert texts to Canadian mobile device owners. For those that don’t know, an AMBER Alert is issued any time a child is abducted. The goal of the alerts is to solicit the public’s help in trying to effect the swift and safe return of a child to their family.

The majority of Canadian carriers are involved in the initiative, and anyone that would like to receive the alerts can text the keyword AMBER to 26237 to subscribe.

Facebook launched a similar initiative in the United States this past January, and, starting today, the program is expanding to Canada.

If you subscribe to the program on Facebook, you’ll see a note on your News Feed appear when an alert is issued. Each alert will include a picture and description of the missing child and their suspected abductor, as well as a description of the suspect’s vehicle and license plate number.

Jordan Banks, Facebook’s global head of vertical strategy, said, “We know that when a child is abducted, the most valuable thing we can do is get information out to the public as fast as possible. By getting the right information to the right people at the right time through targeted AMBER Alerts on Facebook, we hope to reunite missing children with their families faster.”

Report: 33% of mobile phone users have a smartphone