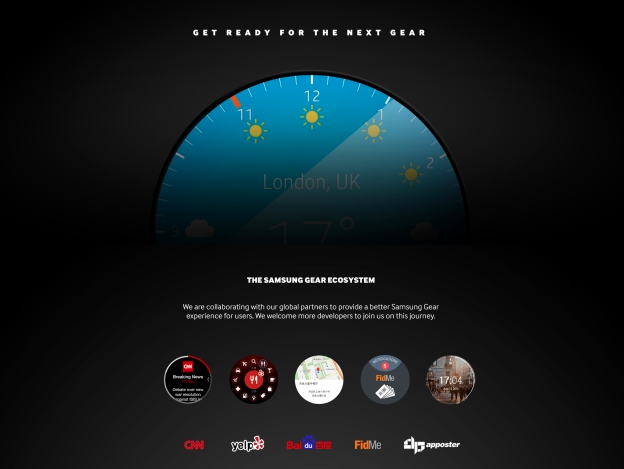 Samsung today announced that it will release the software development kit (SDK) required to create apps for the next Gear smartwatch before the device actually launches.

This marks the first time Samsung has released an SDK for one of its wearable devices before its release date.

However, the more interesting component of today’s announcement is that Samsung included an image with its press release. This image, shown above, shows a circular watch face and several apps in action. All of Samsung’s previous smartwatches were square in shape. Thus, this image suggests that Samsung has decided to change things around for the next Gear release, and that’s probably why the company decided to release its next SDK ahead of time.

In some way, it’s a shame that Samsung has decided to change the form factor of its next smartwatch. Part of what made its previous effort standout was its square, bracelet-like design.

Samsung hasn’t said anything about when it will unveil its next smartwatch. When it does comes, however, the next Gear will be Samsung’s seventh smartwatch release.