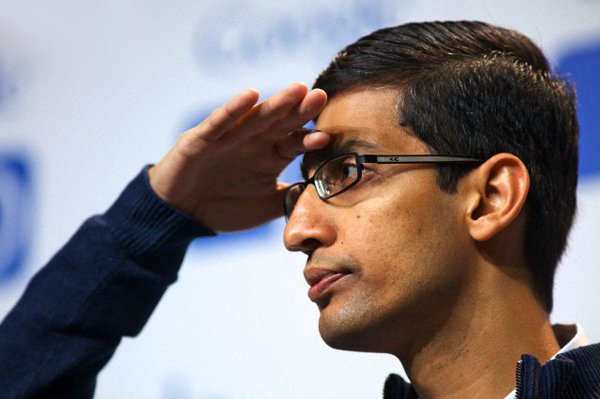 Pichai didn’t go into a whole lot of detail, though the senior VP did confirm reports that this won’t be a whole new payment system but an API that will allow app developers to build payment functionality into their own applications. He also revealed that Android Pay will utilize tokenized card numbers, which is the same protocol Apple uses for its payment system. Developed by the major credit card companies, tokenization generates single use numbers for each transaction to reduce the risk of fraud. Android Pay will be NFC-based before supporting biometric security down the road (this isn’t surprising given we know Android Lollipop has support for fingerprint scanning built in).

One thing Pichai didn’t go into detail on was what the company acquired when it purchased Softcard technology earlier this month. All we know is that the Google Wallet app will soon ship on all T-Mobile, AT&T, and Verizon Android phones sold. Pichai said today that Google Wallet will leverage Android Pay as a payments source.

Google is expected to talk more about mobile payments at Google I/O at the end of May.