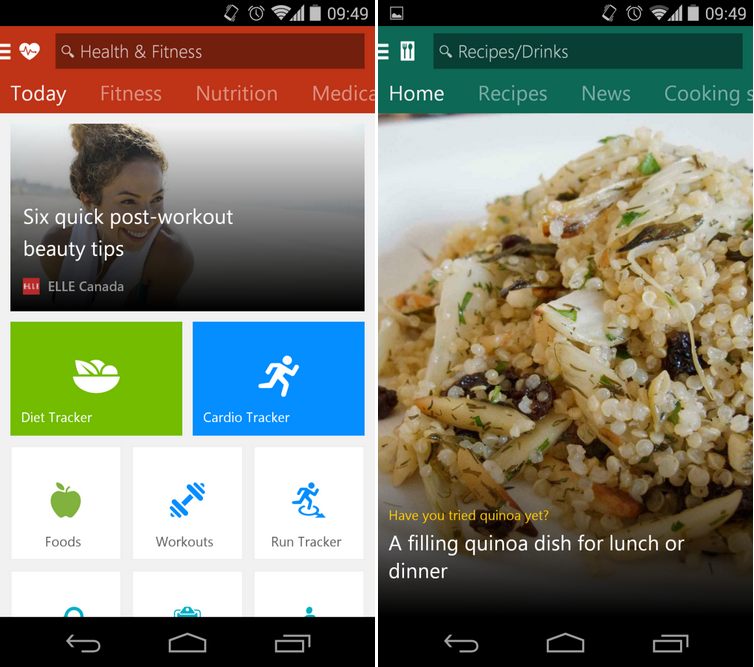 When Microsoft completely revamped its MSN web portal earlier this year, the company launched an entire suite of MSN apps for Windows Phone users. At the time, Microsoft promised iOS and Android versions were in the works.

Three months later, Microsoft is finally bringing its dedicated MSN apps to Android and iPhone users. The suite includes MSN Food & Drink, MSN Health & Fitness, MSN Money, MSN News, MSN Sports, and MSN Weather. These are actually rebranded apps that were under the Bing name until about two months ago. It’s worth nothing that while Android has all six apps, iOS users will be waiting a few more months for MSN Weather. These apps are also all available on Amazon’s App Store, so BlackBerry users can get in on the action, too.

As Microsoft described in September, these apps are part of the company’s bigger plan to create a “premium experience for content” around the MSN brand and across all of your devices. The apps are now available on iOS and Android will allow users to “roam” across all of their devices, hopping from phone to tablet to computer, and take their activity with them. This means you don’t have to configure your weather locations or sports teams through MSN Weather or MSN Sports every time you install it on a new device.