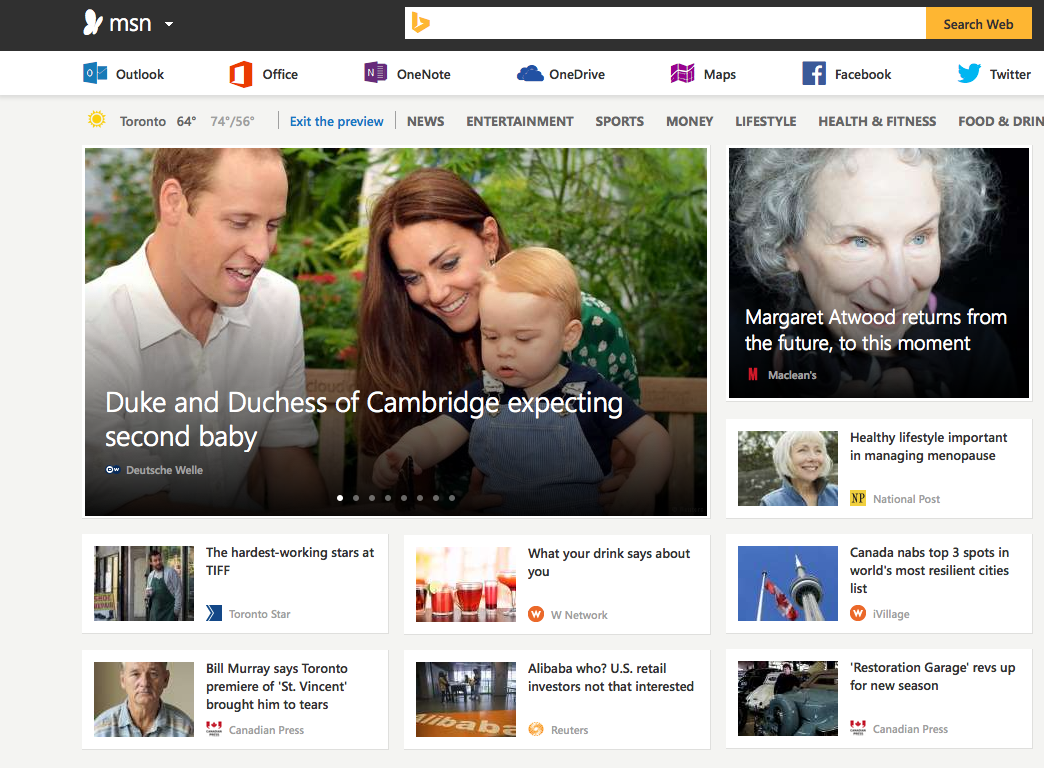 Earlier this month, Microsoft debuted its newly redesigned MSN media portal. The company had rolled out the new version of MSN in beta, allowing people to switch it on if they wanted to try the MSN of the future. As with most redesigns, there comes a point of no return, when change is no longer a choice. Today is that day for MSN.

Microsoft has announced that the new version of MSN has arrived for real and will be rolled out to all 425 million users over the next 72 hours. If you were among the 10 million people that tried the new MSN over the last three weeks but didn’t like what you saw, you might want to give it another shot. Microsoft says it has changed a few things based on reader feedback (though the company stopped short of going into detail about the changes it made).

On the mobile side, the company is also rebranding its apps. Bing Finance will become MSN Money on desktop and mobile, while other apps will simply replace the ‘Bing’ with ‘MSN.’ Once they update, Windows Phone users will see MSN Weather, MSN Sports, MSN News, MSN Health & Fitness, MSN Travel, and MSN Food & Drink on their devices.

Microsoft says this rebranding is meant to reflect the apps “alignment with MSN as a premium experience for content.” Really, the company is shooting for a consistent experience with the same preferences across all of your devices. It just doesn’t make sense that customers would see MSN branding in one place but Bing branding in another.

Perhaps the most interesting part of Microsoft’s September 8th announcement was the promise of a full suite of Android and iOS applications. Unfortunately, the company hasn’t offered any more details on the launch of those apps or their progress, just that they’d be available in ‘the coming months.’