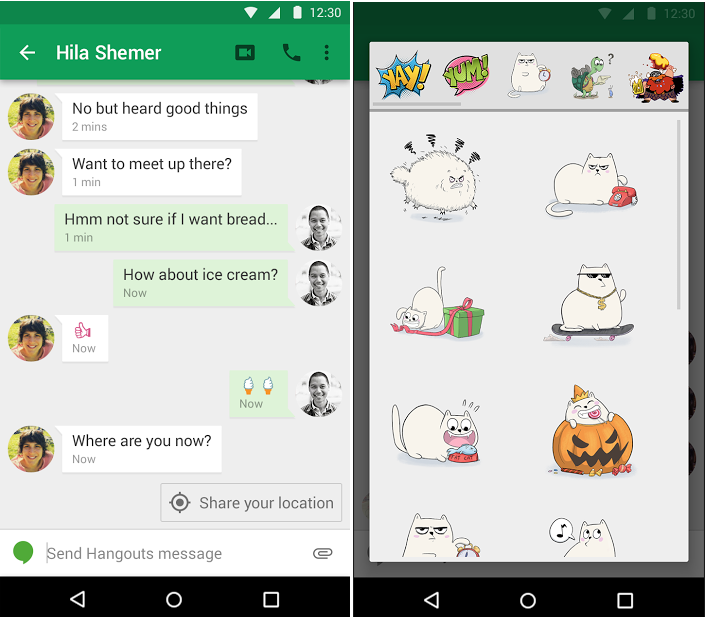 Google is rolling out an update to Hangouts that gives it a little shine of Material Design, along with some new features that iOS users have been taking advantage of for some time.

Along with a darker green theme, Hangouts for Android now understands the context of what you’re saying. For example, asking ‘Where are you?’ to a friend will prompt the recipient to share his or her location. Chatters can also choose from one of 16 new sticker packs, which will go a long way to finding the perfect way to express one’s happiness, anger or incredulity. 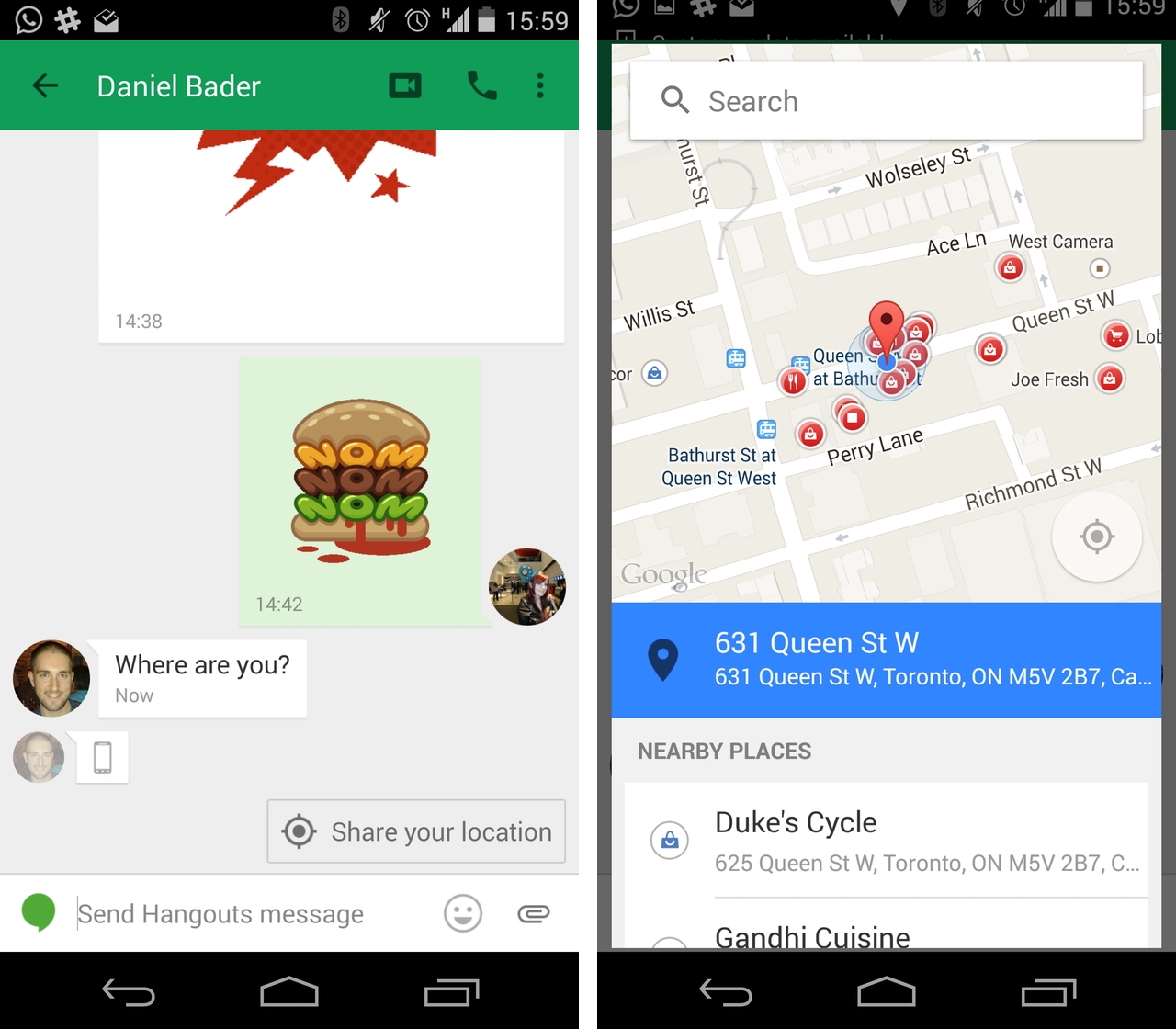 Finally, and perhaps most importantly, Hangouts will begin showing ‘Last Seen’ timestamps, similar to what WhatsApp has been doing for years. This, along with read receipts, will help Hangouts appeal to WhatsApp users that want a more cross-platform experience.

The update is rolling out this week on Android, though ‘last seen’ timestamps will start showing up over the next few weeks.

You can download the APK manually at APKMirror if you’re in a rush.