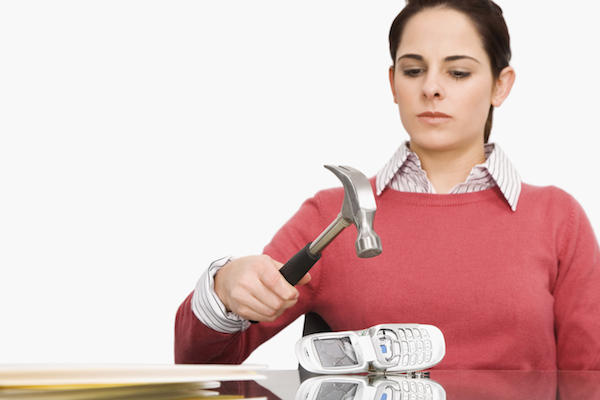 In a landmark decision, the Supreme Court of Canada has ruled that police have the power to search your cell phone after you’ve been arrested. The ruling was handed down on Thursday and answers the question of whether or not the police can search cell phones and other “similar devices” found on a suspect following arrest without first obtaining a warrant.

The Supreme Court notes in its ruling that previous cases have seen phones searched in a cursory manner, or only if they aren’t password protected. However, the Canadian courts have never provided a consistent answer on the searching of cell phones following arrest and whether or not these searches can be carried out without a warrant.

Common law dictates that police don’t need a warrant to search a person following their arrest, but there’s been some confusion as to whether the scope of that power extends to a device like your phone, a piece of equipment that could conceivably contain a vast amount of information about you or your life that wouldn’t otherwise be uncovered by a search incident to arrest.

The Supreme Court ruling refers to a case in which a man convicted of armed robbery of a jewelry stand had his phone searched upon arrest. Police discovered a text message indicating the robbery had been committed as well as photographic evidence of a gun allegedly used in the crime. The suspect argued that this information should not and could not be submitted into evidence because the police didn’t have a warrant to search his phone. The police argued that the search of the phone was legal because it was relevant to the investigation of the robbery. They needed to look through the phone to help identify the suspect and to see if the phone’s contents could expedite their investigation. The suspect was convicted but appealed. The Ontario Court of Appeal upheld the conviction.

“The evidence in this case shows why prompt follow-up of leads may be necessary and how the search of a cell phone may assist those efforts,” the ruling reads.

Though the Court admits that cell phones, especially smartphones, are unlike a briefcase or document in that they are capable of storing a huge amount of information that the owner of the device may or may not know about, it also believes that searches of these devices are not an inherent invasion of privacy. They just carry the potential for invasion of privacy. For example, in the case mentioned above, police looked at only the unsent text message and photo of the firearm; they didn’t search the entire device. As a result, the invasion of privacy was minimal.

However, while the aforementioned search was found to fall within the scope of the law, the Supreme Court does believe that the law must protect suspects from the potential for invasion of privacy that may arise from a cell phone search.

“I agree with the Courts of Appeal in British Columbia and Nova Scotia that, generally, the search of the entire contents of a cell phone or a download of its contents is not permitted as a search incident to arrest,” the Court said in today’s ruling.

The Supreme Court has laid down four criteria that must be met in order for the search of a cell phone incident to arrest. The first is that the arrest must be lawful. The second is that the search must be “truly incidental” to the arrest. The third is the nature and extent of the search must be tailored to its purpose. Lastly, the police must take detailed notes of what they’ve examined on the device and how they examined it.