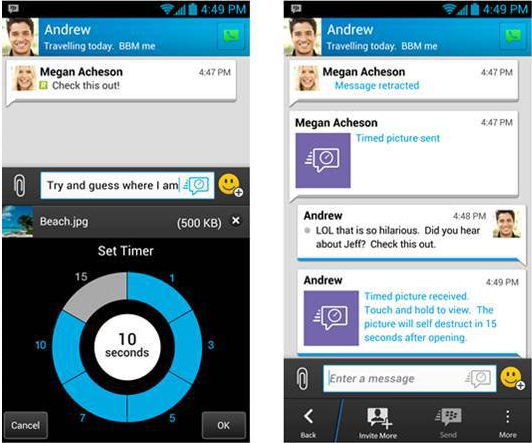 BlackBerry has introduced its first premium BBM features, ones that you’ll have to pay for to access.

While teased earlier this month, the new version of BBM rolling out today features timed messages and message retraction, so-called security-focused tools that ensure one’s content doesn’t get in to the wrong hands.

Available free for the first three months, BlackBerry hasn’t discussed the price of these features, though they’ll be bundled into a monthly premium package that will include a number of other extras.

Today’s BBM update, available for BlackBerry 10, iOS and Android, also features a new sticker picker, a way to discover friends’ music through BBM Feeds, and higher-quality photo transfers. There’s no word on when the Windows Phone version of BBM will receive these new features.