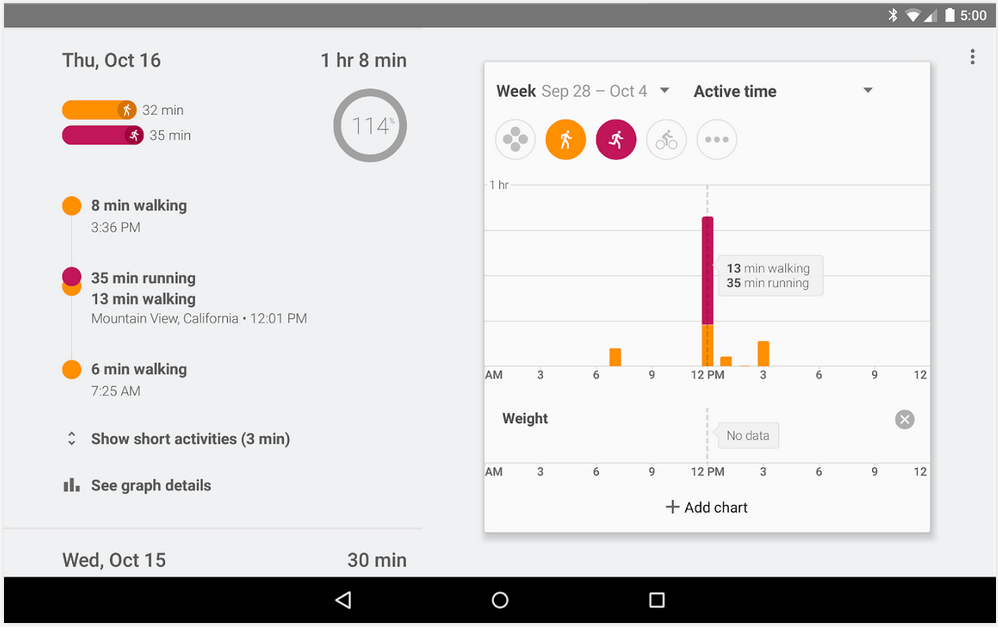 Google Fit was announced at Google I/O back in June and Google later released the SDK for third party app integration. Google Fit is currently compatible with devices running Android 4.0 and up, and connects to all Android Wear smartwatches. Apart from monitoring your activity on your Android phone or tablet, Google has also developed a web portal (Google.com/fit) that you can continually gaze at while you’re sitting at work.

Google previously stated that Nike, Noom, RunKeeper, and Mio will all make its apps compatible with Google Fit.