Here are the best third-party keyboards available for iOS 8 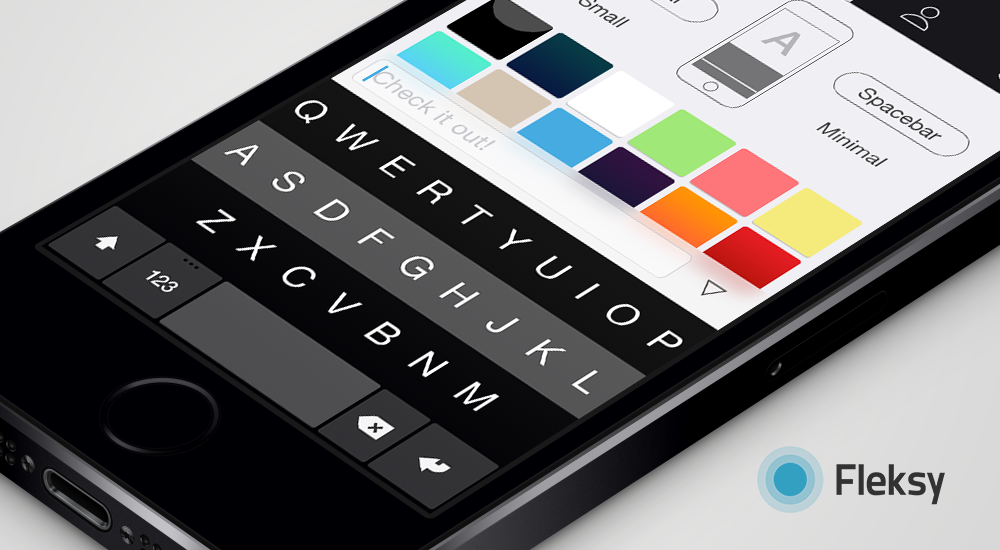 Some of the best features in iOS 8 aren’t features in themselves, but the way in which the platform has opened up to allow third party developers more access for their apps. Today, a slew of third-party keyboards have been been released for iPhone users to take advantage of for the first time. We’ve compiled a list of the most notable keyboard apps, as well as what you can expect from each.

As a Guinness Book of World Records holder, Fleksy prides itself on being one of the fastest keyboards around. But Fleksy has also been recognized as one of the few keyboards usable by the blind, and recently became the first third-party keyboard to be fully integrated into Samsung’s Gear 2 smartwatch.

Fleksy brings its gesture-based, fast typing app to iOS 8 with support for over 40 languages, a variety of colourful themes (with more available for purchase), and two keyboard sizes: Tiny, for maximum screen space, and Large, for the thick-thumbed amongst us. Fleksy will also learn your particular texting habits based upon use, and offers the ability to learn by linking to your email and social networks. 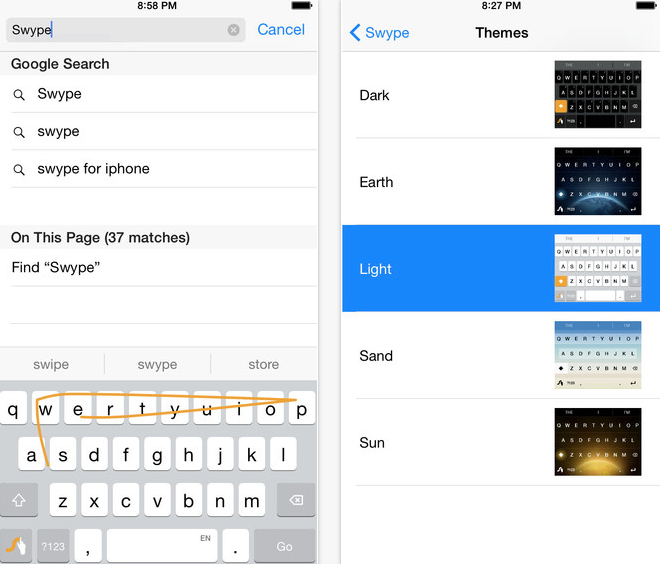 One of the most popular keyboards available for Android, Swype brings its streamlined gesture-based interface to iOS 8. Swype’s gesture-based punctuation, adaptive learning and prediction are all available in its iOS version, but with fewer supported languages. Only English, French, Italian, German, and Spanish language support, along with 5 different themes, will be available at launch.

One of two Canadian entrants on this list, Minuum takes a slightly different approach to its keyboard design, offering an incredibly small one-dimensional keyboard. The design has won Minuum’s maker, Whirlscape, awards, and a particularly appealing option for non-traditional mobile hardware, including smartwatches and even Google Glass.

For iOS 8, Minuum has expanded its keyboards design, offering two different modes based upon need. The first is Minuum’s traditional one-dimensional mode, to maximize screen size real estate, and the second is a full keyboard mode, designed to help teach new words and phrases and better hone the apps’ autocorrect suggestions. Users can switch between both modes any time with a quick flick. 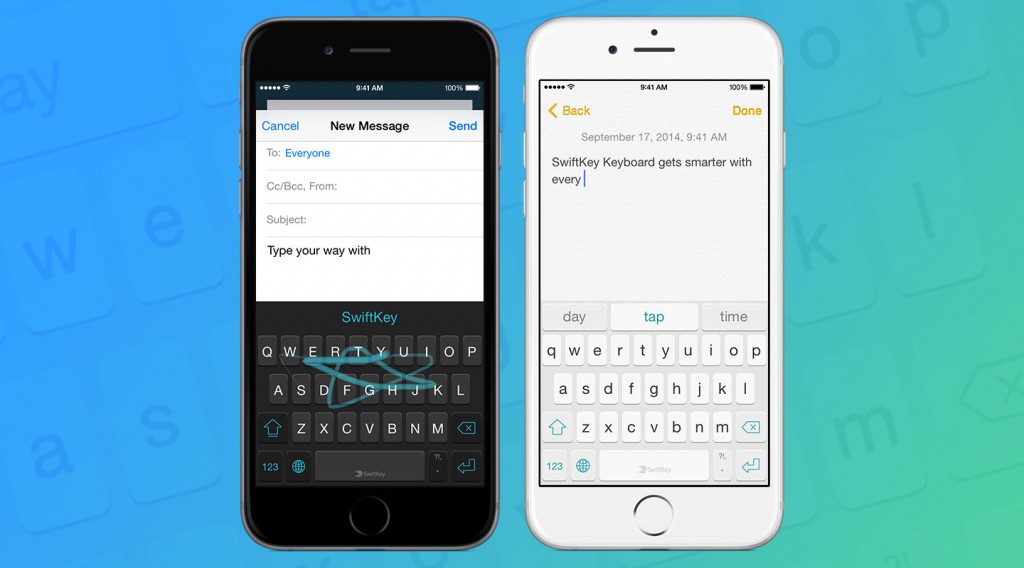 One of more highly-rated Android keyboards available, SwiftKey will be a popular addition to iOS. SwiftKey is known for its smarter auto-correct, and next-word prediction engines, as well as SwiftKey Flow, which offers a gesture-based typing experience similar to Swype.

The iOS 8 launch of SwiftKey will feature two different themes (Nickel Dark and Nickel Light), and support for both Canadian English and Canadian French, as well as 13 other languages. Notably, SwiftKey features support for two languages at once, saving the user from swapping between keyboards.

Like Fleksy, SwiftKey will also offer the ability to learn your language use from email and social networks to improve its prediction algorithms. 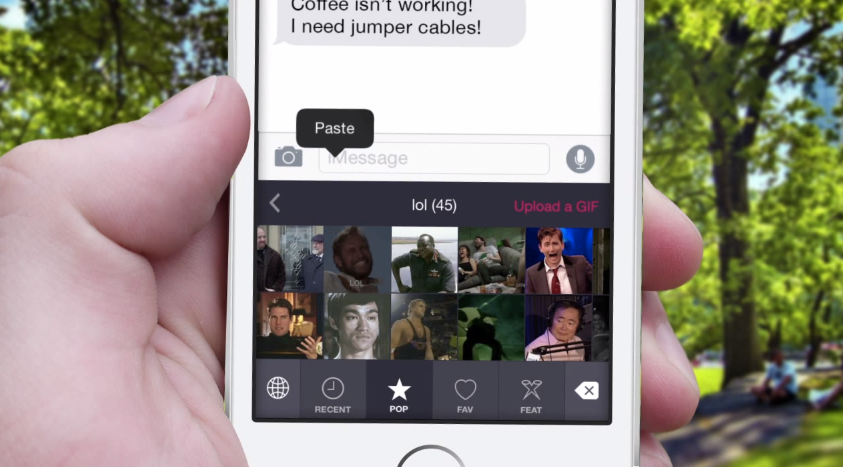 The second Canadian entrant, PopKey is a GIF keyboard. Yes, you read that right. PopKey allows users to upload their favourite animated GIFs, or browse GIFs from featured categories, to add a visual and personal touch to your correspondence. Like so: