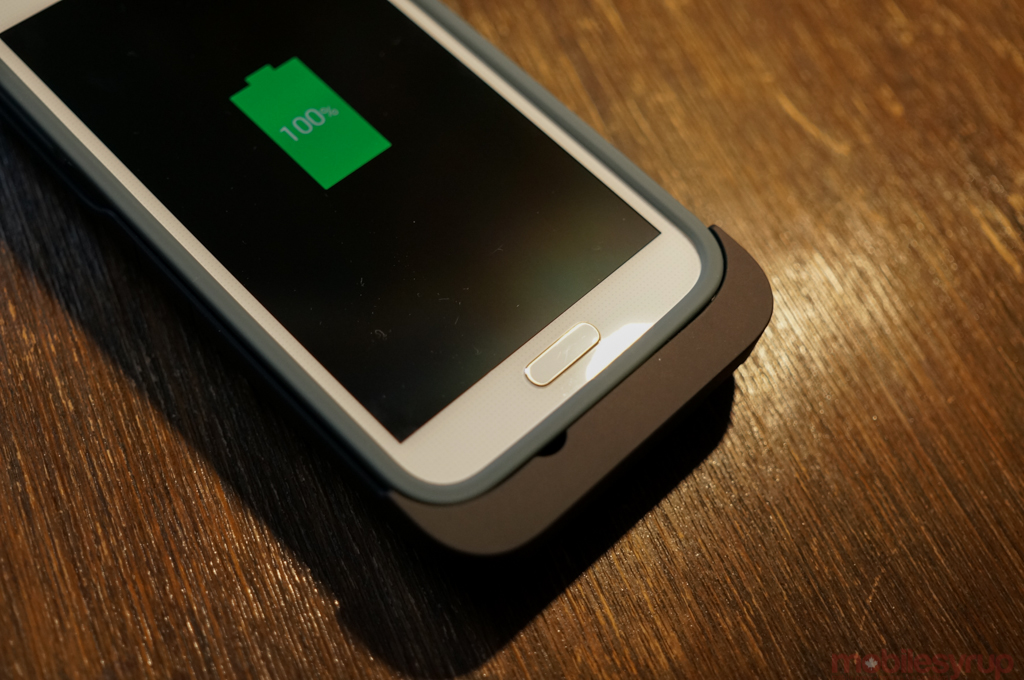 There is no shortage of excellent accessories for the Galaxy S5, but one I’ve taken to quite quickly over the past few months is the Energi Sliding Power Case for the Samsung Galaxy S5.

I originally tested this product on the iPhone 5s, and have continued using it over competing battery cases for one reason: it allows for the use of a case with the battery itself. Not just any case, mind you: a case built by Tylt for this specific purpose. 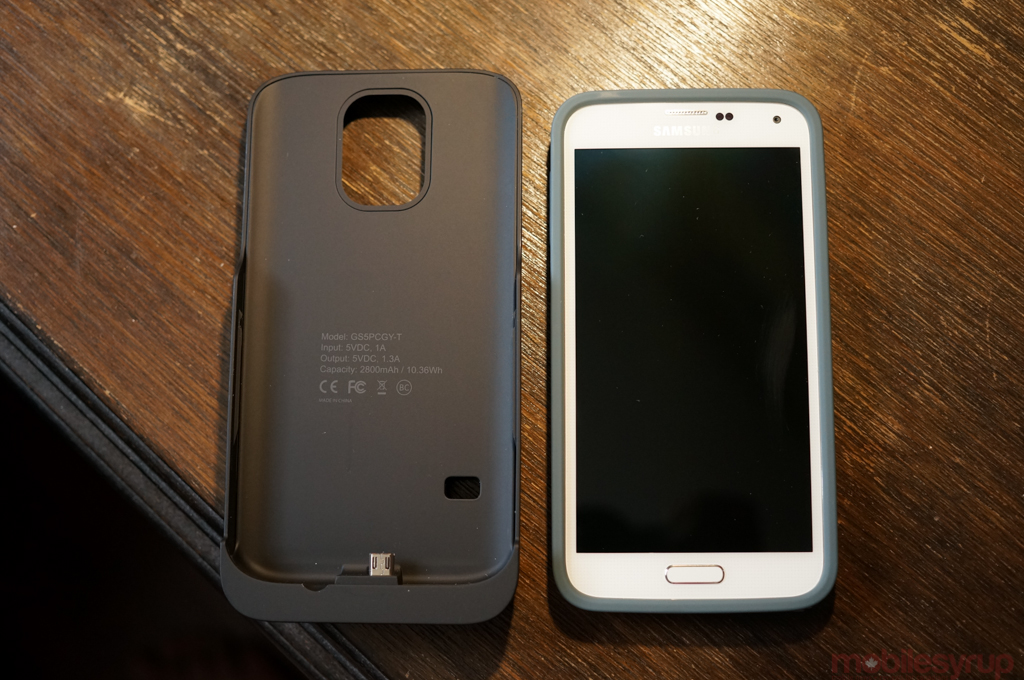 As someone who rarely uses a “naked” phone, being able to keep a cover on permanently, even when docked in the battery case, proved to be a huge benefit.

Unfortunately, the size of the Galaxy S5 itself means that the benefits are fewer than with the iPhone 5s Energi solution; the TPU case provided is not as nice as that of the iPhone’s rigid plastic one, and when docked the Galaxy S5 is far too cumbersome to use with one hand. That the GS5 has a removable battery makes such a solution less necessary overall. 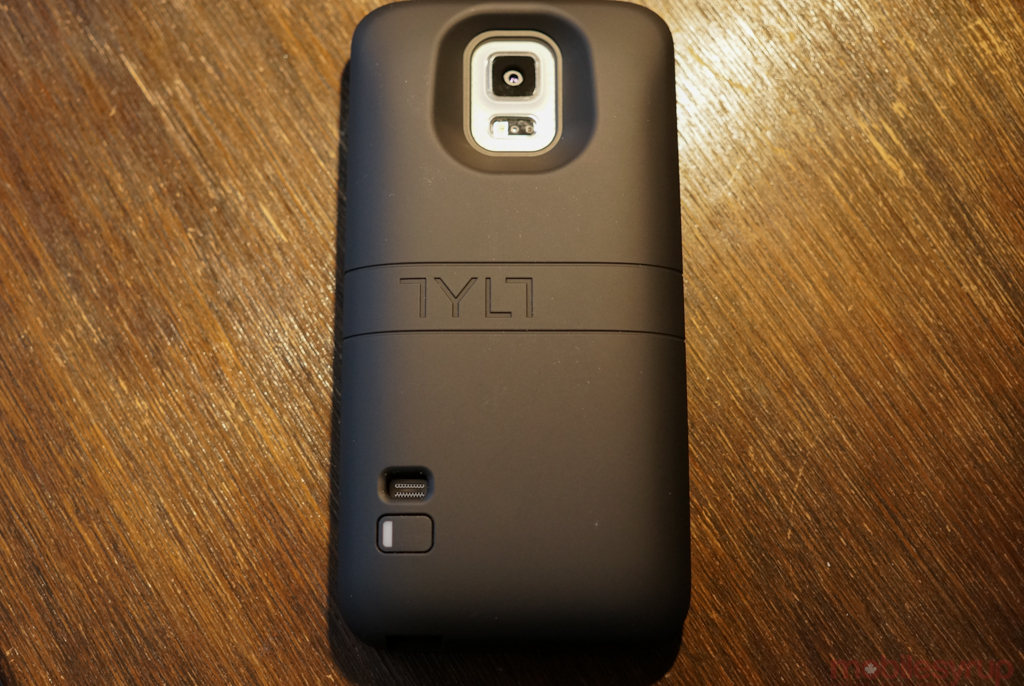 Still, as battery cases go, this is one of the best. It is well-made, and the works with the Galaxy S5’s idiosyncrasies to offer a great experience. For example, the “coloured accent case,” as Tylt calls it, allows the GS5’s charging cover to snap into place, facilitating easy sliding of the phone into the battery charging spot.

The battery inside the sliding case is 2,800mAh, the same capacity as the Galaxy S5’s, ostensibly doubling the phone’s battery life. In reality, the cell only charged the phone from 1% to 80% due to overhead, but the fact that it can be charged via microUSB, and allows the phone to function unencumbered when inserted, is a benefit. 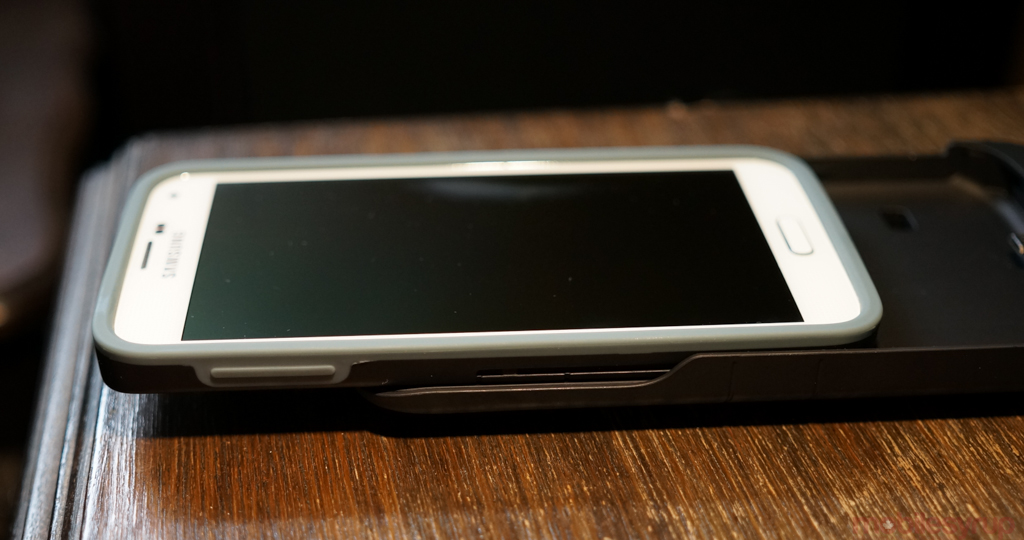 The Energi Sliding Power Case is not going to be for everyone, but it’s a solution to a problem many people face with modern smartphones: needing more battery capacity without incapacitating the device with a wall socket or external charger.