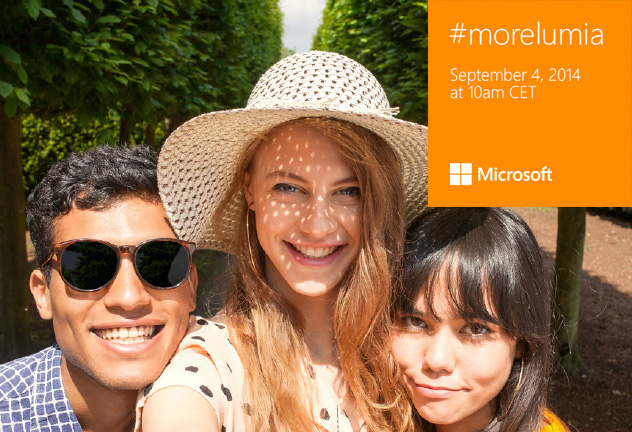 Nokia is set to live stream its upcoming IFA keynote on September 4th at 10am CET (4am EST). This is when the Microsoft-owned manufacturer will mostly likely unveil the Lumia 735 “selfie phone.” A picture showing three people posing for a selfie has been uploaded as a teaser that asks if we’re ready for more Lumia.

The Lumia 735 is a follow-up to last year’s Lumia 720 and is expected to run Windows Phone 8.1, have a 4.7-inch display, and a 5MP front-facing camera for all those glorious selfies. Nokia is also tipped to release another affordable Windows Phone 8.1-powered smartphone called the Lumia 830 with a PureView camera.