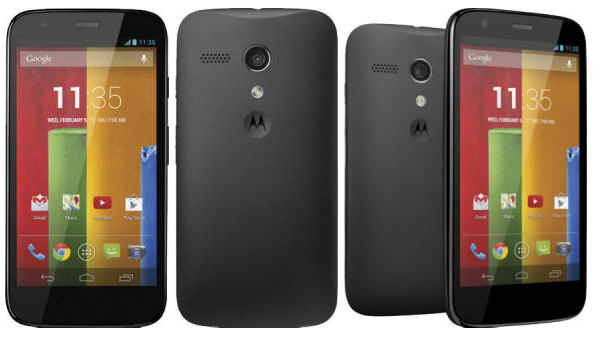 Last fall, Motorola introduced one of the most interesting Moto smartphones we’ve seen in a while. Dubbed the Moto G, the phone strikes a balance between power and price almost perfectly.  Now, almost one year after the launch of the Moto G, Motorola is gearing up for the launch the newest Moto G.

According to a post over on GSMArena, the Moto G2 will arrive on September 10, right around the time Microsoft and Samsung plan to unveil their new devices. The new Moto G is rumoured to pack a 5-inch display with a 720p resolution as well as a Snapdragon 400 with 1.2 GHz CPU and Adreno 305 graphics. This is running alongside 1 GB of RAM, and 8 GB of storage. As far as cameras are concerned, there’s an 8MP lens in the back and a 2MP lens up front for selfies and video calling.

We’ve heard plenty about the next generation Moto G already, and there’s talk that Motorola may call this device ‘the Moto G+1’ as opposed to ‘the Moto G2.’ This gels with the Moto X+1 naming scheme and seems to fit when you consider the specs are largely the same as the Moto G, aside from the screen size and camera modules. This is an updated Moto G as opposed to a brand new device.

What doesn’t really make sense is that this phone will apparently be priced at €250 at launch, just shy of €100 more than than the Moto G launch price. It’s still a great deal for a 5-inch smartphone, but it doesn’t knock our socks off like the Moto G did. When you look at the spec sheets side-by-side, the extra half inch of screen real estate and beefed up camera modules don’t really seem worth the extra hundred euro.

The launch of the entry-level Moto E saw Canadians stiffed with a higher price compared to consumers in the United States. The heightened price puts the Moto E way too close to the Moto G in price. Here’s hoping we don’t end up paying more for the Moto G+1 as well.