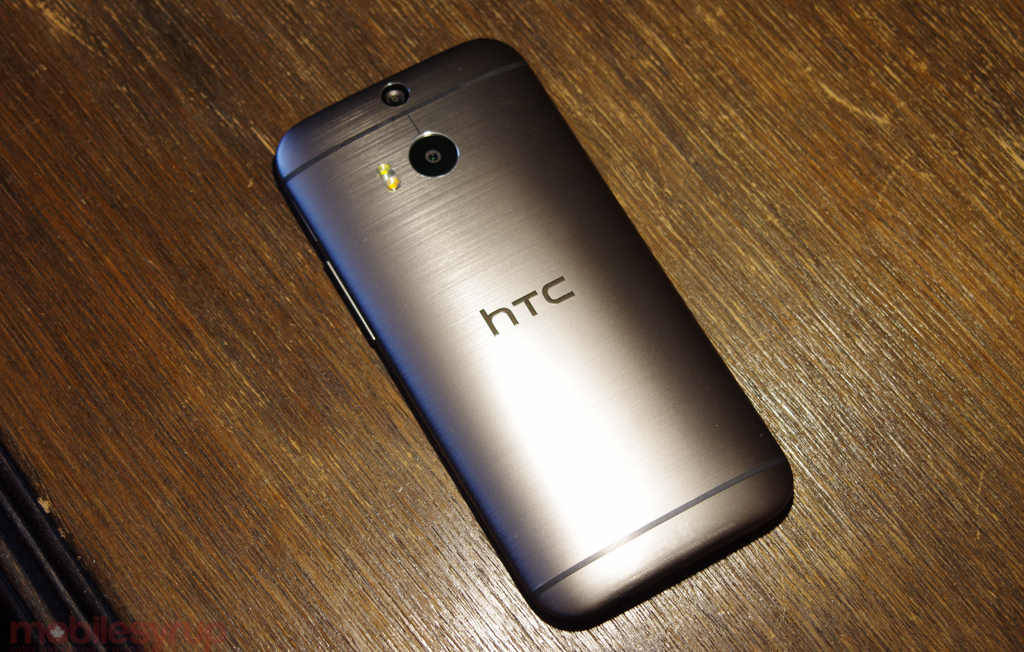 HTC is set to unveil a new device on August 19th in New York City, and it’s like the recently-leaked One (W8) for Windows, a version of its popular Android flagship running Windows Phone 8.1.

The last time HTC held a Windows Phone event in New York, it was the Windows Phone 8X and 8S, which proved to be two of the updated platform’s launch devices. Now that Windows Phone has reached a maturity point, both with core OS features and apps, HTC is ready to try its hand again. 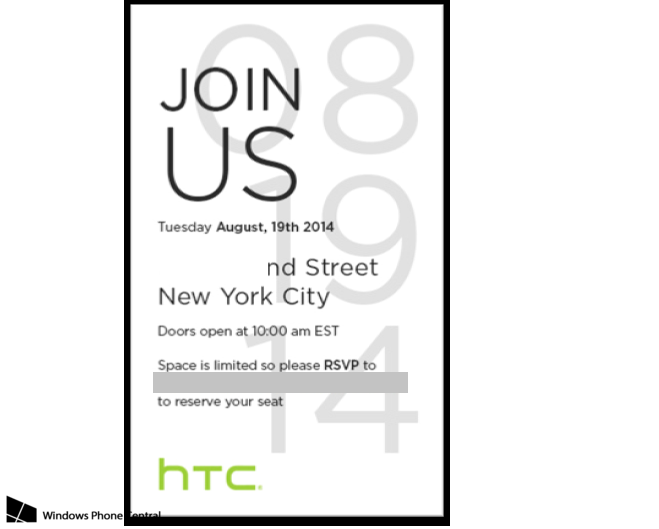 We can’t say for certain whether the announcement will include Canadian media (we’ve yet to hear anything from HTC Canada) but we’d be surprised if the company ceded the market entirely to Nokia’s Lumia line.

The W8 will reportedly be the first device to launch with Windows Phone 8.1 Update 1, which as reported today includes folders, Xbox Music improvements, and Cortana support for Canada.

HTC’s newest Windows Phone flagship is expected to share specs with the One M8, including a 5-inch 1080p Super LCD 3 screen, a 2.3Ghz Snapdragon 801 chip, 2GB of RAM, 16-32GB of internal storage, with a weight of 160g and dimensions of 36 x 70.6 x 9.4 mm. Also expected are the Duo Camera setup with refocusing abilities and Zoe Share support.