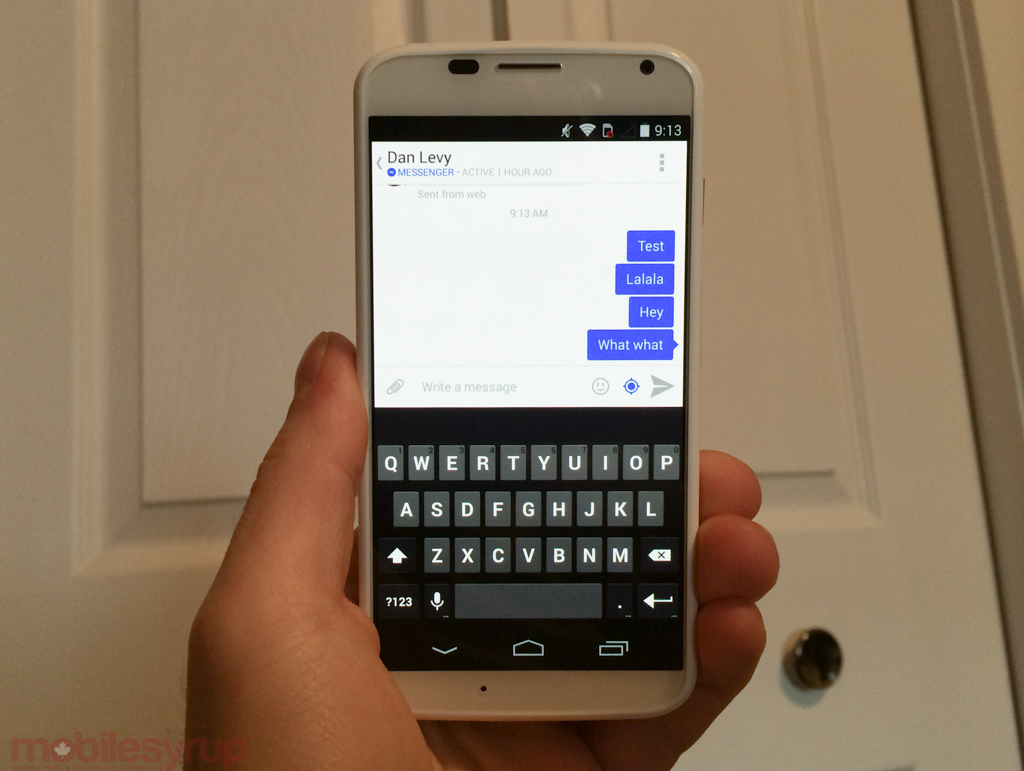 Until now, Facebook Messenger has existed in this weird in-between place, both as a core tenet of the proper Facebook app and as a standalone app with an expanded feature set. Starting this week, Messenger users on iOS, Android and Windows Phone will be pushed to download that standalone version in order to continue using the service.

It’s a move that we’re surprised has taken as long as it has. Facebook has increasingly emphasized Messenger’s importance, both as a platform and revenue generator, and has spent lots of time and money revamping it as a self-sufficient entity within the company’s ecosystem. Indeed, it’s even positioned as an alternative to WhatsApp, which is far more popular outside of North America.

Facebook’s move to force people to use the standalone Messenger app ensures that it can focus on improving its core app experience while cutting down on application size and system resources. “This means that people will be able to use the best Facebook messaging experience every time they go to message a friend or important contact,” according to a release.

In addition to text, Messenger allows users to make VoIP calls, send stickers and will, according to Facebook, eventually be able to facilitate peer-to-peer money transfers like PayPal.

Messenger is available for iOS, Android and Windows Phone.