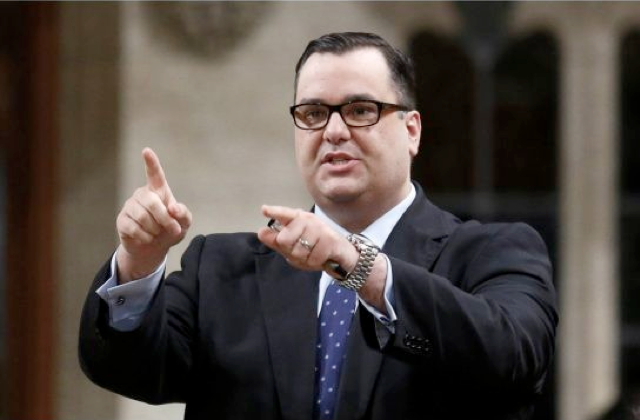 Industry Minister James Moore travelled to OpenText’s headquarters in Waterloo today for the announcement of Digital Canada 150, a strategy for Canada’s strong digital future to honour the country’s 150th anniversary.

Forward-thinking in its approach, Moore outlined the five “key pillars” for a thriving digital Canada: connecting Canadians; protecting Canadians; economic opportunities; digital government; and Canadian content. For wireless consumers, many of the same assertions were made that we’ve heard by the Government in previous months: a commitment to lowering domestic roaming costs for companies like WIND Mobile and Videotron; and the implementation of a “use it or lose it” policy for companies who buy spectrum to sit on it until a better deal comes around.

For wireless customers, Digital 150 is more a summary of previous announcements than the introduction of new policy. Industry Canada is set to implement changes to the policy on cellphone tower installations, taking feedback from land owners and community members. And the Spectrum License Transfer Framework Policy will continue to prevent “undue concentration” of spectrum by the Big Three, the same policy that continues to prevent TELUS from purchasing Mobilicity. 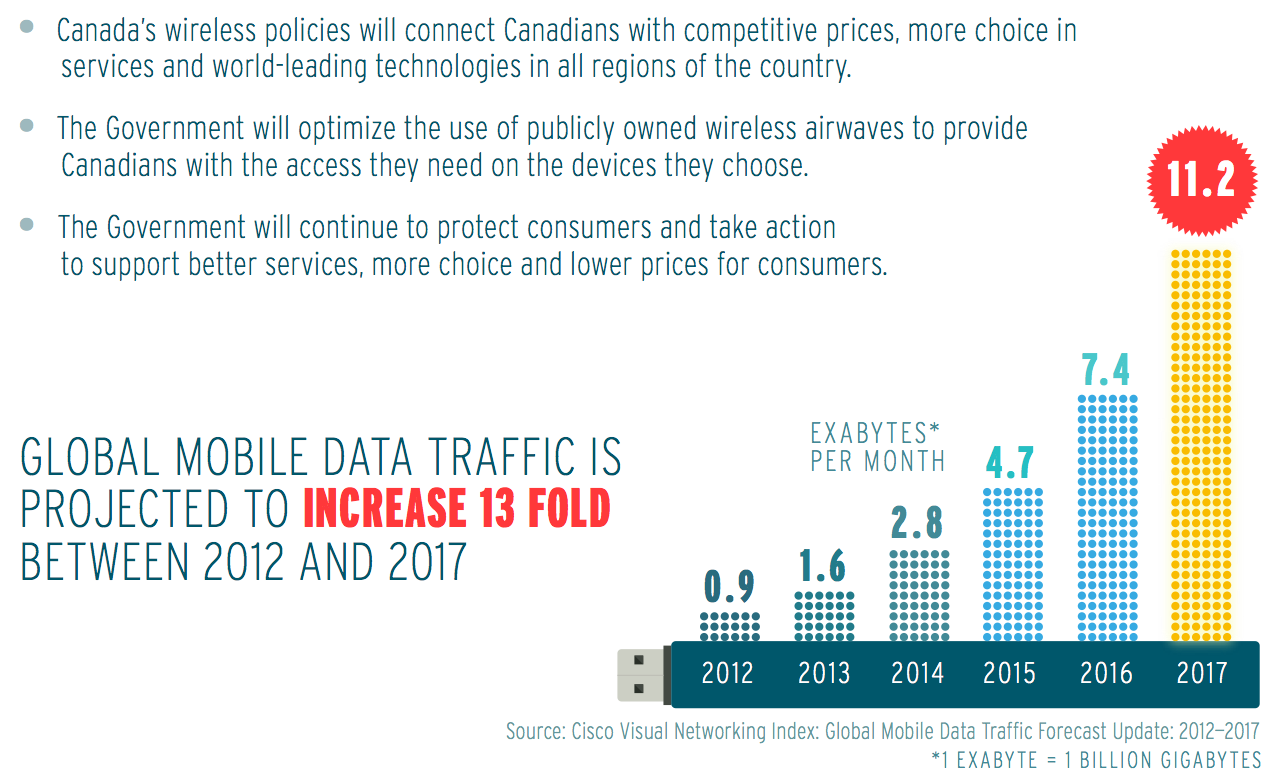 Now that the 700Mhz auction is over and Videotron snapped up some choice spectrum, the government is patting itself on the back for “enabling at least four players in every region of the country to provide all Canadians with dependable, high-speed wireless services on the latest technologies.” Unfortunately, Videotron doesn’t have to work too hard to avoid being penalized under the aforementioned “use it or lose it” policy, since radio waves at 700Mhz frequencies are extremely durable and travel long distances, making it easy to meet population density targets of 20-30% depending on the territory.

In the “Connecting Canadians” portion of the 25-page Digital Canada 150 summary, the Government makes use of checkmarks to reinforce its accomplishments in the wireless sector. One of them, “liberalizing foreign investment rules for smaller companies in the telecommunications sector [to] enable more competition in the market” has yet to bear fruit after a tumultuous few months last summer that saw Verizon nearly enter the Canadian market.

Much of the protection measures outlined in the report involve safeguarding against and effective punishment for cyberbullying, much of which is perpetrated on mobile devices. According to Statistics Canada, 74% of cyberbullying cases include aggressive emails or IMs originating from smartphones. Legislation was introduced in November to more easily punish those who distribute “intimate images,” and to “empower the court to make an order to prevent someone from distributing [them].”

The Government also outlined a number of ways in which it is investing in the digital economy in Canada, both by way of research grants and accelerator/incubator programs. The report even singles out Shopify, the Ottawa-based e-commerce giant, as a leader in the space and an early beneficiary of the Government’s digital strategy.

It may be disappointing not to see anything new in terms of wireless or measures to increase competition — though regulation to lower domestic roaming costs could potentially improve the prospects of companies like WIND Mobile — but nonetheless, 2014 will be an interesting year for Canadian wireless.