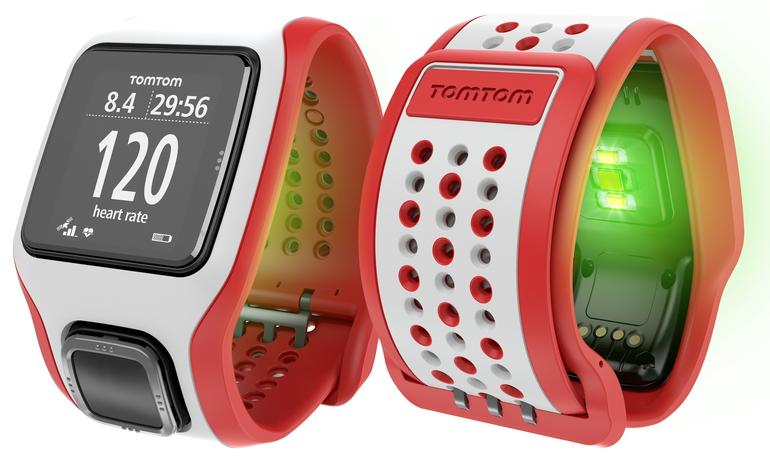 TomTom, a company once synonymous with mapping and in-car GPS units, is making a play for the Canadian athlete training market with two new sports watches: the TomTom Runner Cardio GPS and TomTom Multi-Sport Cardio GPS.

Fashioned as weather-hardy sports “gear” more than a smartwatch with added sports features, the two devices feature heart rate sensors and a bevy of training modes that appeal more to the hardcore trainers. The screen is covered with thick, scratch-resistant plastic, and movement through the relatively straightforward menu system relies on a clicky directional pad underneath. While the addition of a touchscreen would have been useful, Jocelyn Vigreux, President of TomTom, told me that the decision was made to ensure functionality with sweaty fingers or in inclement weather.

The Runner is designed specifically for, you guessed it, runners, walkers and treadmill addicts, and retails for $299 CDN. Multi-Sport adds swimming and biking functionality, including a bike mount to use the sensor as a HUD when looking at your wrist is dangerous, and goes for $339 CDN.

We had a chance to play with the Runner Cardio, which tracks workouts and syncs with TomTom’s MySport iOS or desktop app (Android support is in the works, according to Vigreux). While the screen is a relatively low-resolution monochrome part, the menu system is easy to navigate and intuitive enough to begin training sessions in just a couple of taps. The strap, unlike on most watches, is wide and full of small holes for precise fastening; unlike Samsung’s Gear Fit and Gear 2 series, both of which come with heart rate sensors, the TomTom watches are meant to be worn tightly, and claim to offer much faster and more accurate readings despite using similar sensors.

TomTom Sports’ motto is “The easiest way to improve,” and places the watch line in between general fitness bands and more expensive smartwatches. Though the product is for a relatively niche crowd, the company thinks that the combination of seamless Bluetooth synchronization, accurate GPS tracking that allows athletes to compare and mirror their previous runs, rides and swims, and low cost is the key to a successful launch.

We’ll take a look at the Runner Cardio GPS when it gets to our testing labs at the end of the month; hopefully the weather by then will lend itself better to spending time outdoors.

TomTom’s Runner and Multi-Sport Cardio GPS watches will be available this spring at TomTom.com, Best Buy, Running Room and Amazon.ca.

Update: An earlier version of this article referred to TomTom’s previous-generation products that did not have heart rate monitors. The TomTom Runner Cardio GPS and Multi-Sport GPS Watches are in fact new, both in Canada and around the world.