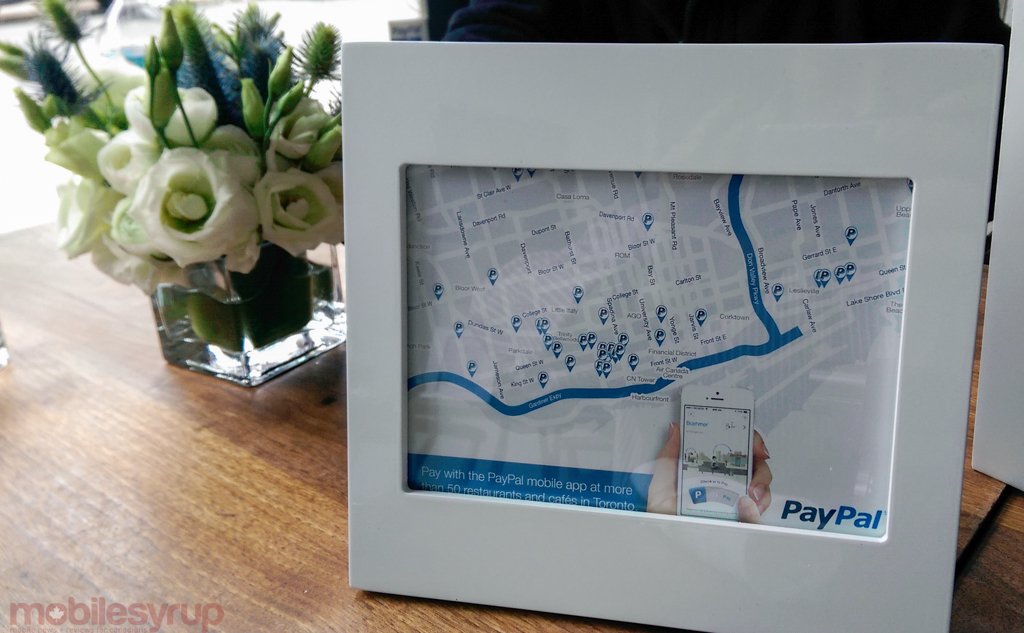 PayPal announced its Canadian mobile payment feature pilot last year, and this week has expanded the availability to over 50 restaurants, bars and coffee shops in Toronto.

Working with its point of sale partner, TouchBistro, which boosted its seed round to $6 million this week, PayPal now allows Android and iOS users to pay for their meals, coffees and alcoholic beverages at a growing number of locations around the city. Existing users of TouchBistro’s iPad-based point-of-sale terminal (and there a many, including ones dedicated to Restaurant, Quick Service, Coffee Shop, Bar, Food Truck, Pizza and more) can easily integrate with PayPal’s payment back-end, allowing existing users to “check in” and easily pay with a current PayPal cash balance or an associated credit card.

Most of the participating restaurants are in the downtown Toronto area, dotted between the east and west ends with a concentration in the King and Bathurst region. The company says it is working to expand the program across Canada later this year into 2015, and has found a great deal of success with the pilot so far.