HTC One successor tipped to launch in late March, “looks strikingly like” the One 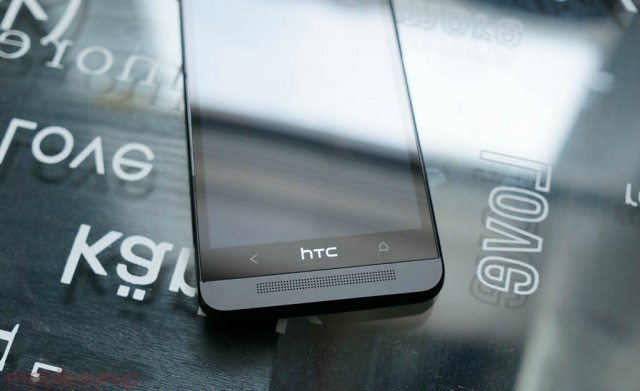 We know the successor to the HTC One is coming fairly soon — evidence of the device has been leaking like a sieve.

We know that it will likely bear a resemblance to the HTC One, which launched last April, with a 5-inch 1080p display, a powerful Qualcomm processor, an improved UltraPixel camera, a larger battery and a new version of Sense. Perhaps it will even have two rear cameras, one to help the main sensor focus in low-light situations.

According to @evleaks, one of the more reliable leak providers around, the HTC One successor will launch in New York City at the end of March, and “looks strikingly like” the HTC One itself. This is not a surprise: reactions to the HTC One design were overwhelmingly positive, and the company figured out a way to cram stereo front-facing speakers into a thin, sleek, metal smartphone.

One area of diversion in the M8’s design (the company is using M8 as an internal code) will likely be the addition of virtual buttons, doing away with HTC’s predilection for capacitive back and home buttons. Not only is Google itself discouraging such decisions, but Android itself has long evolved past hardware buttons; KitKat added Immersive Mode, which developers can incorporate to hide the status and navigation bars within apps.

A leaked screenshot of the M8’s on-screen buttons show similarities to the One and One X capacitive variety, though the back button resembles the stock Android back button used by Google.

It’s just a matter of time before the HTC One 2, or One+, or One Plus, or whatever the company decides to call it, becomes official. Until then, what do you think it needs to be successful?