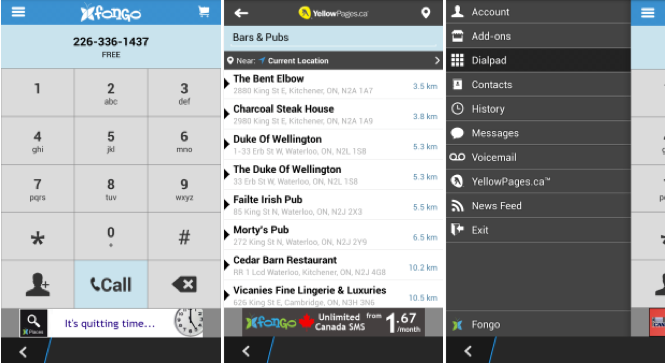 On the Fongo website the company currently states that “Fongo for BlackBerry is not currently available. Please check back soon!” For the millions of loyal BlackBerry users who have been waiting for Fongo to step-up and launch a BlackBerry 10 app it seems your day just might around the corner. According to a post on Twitter, a Fongo employee decided to tease an official Fongo BB10 app that is in the works. No word on when or if it’ll see the light of day, but from the looks of it there will be some in-app advertising and offer the same calling and texts features.

Update: Fongo has officially released their BlackBerry 10 app. This is compatible with the BlackBerry Q10, Q5, Z10, Z30 and the Porsche Design P9982 running OS 10.2.1 and higher. Fongo notes that “To use Fongo you must be connected to a 3G, 4G or WiFi data connection and you must create a Fongo account. If your data signal strength is weak or your connection speed is slow, this app may not function properly.” Here is the complete list of features: