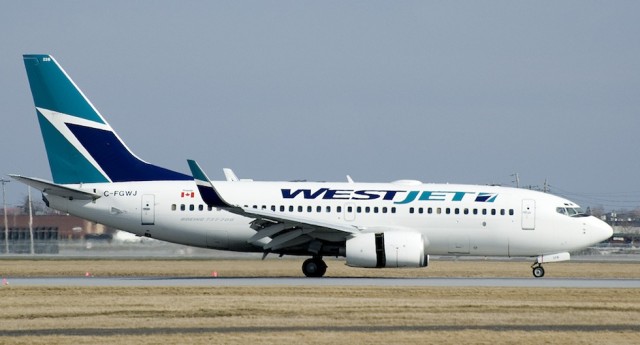 Though launch details are still murky, WestJet will likely be the first Canadian airline to offer in-flight WiFi beginning late next year.

The company says they are still working with Transport Canada to overturn a ban on activating RF-based devices during flights — action the FAA took several years ago — but WestJet CEO, Gregg Saretsky, is confident the regulation will change by the time infrastructure is in place.

According to Saretsky, WestJet is nearing a deal with an unnamed service provider, but the likely contract winner will be Gogo, the company that currently supplies in-flight WiFi to American transporters like Virgin America, Delta, American Airlines and United, the latter of which are near to completing a $11 billion merger.

Gogo has been installing cell towers in Canada, according to Vancouver Sun, and should they get the contract there would be seamless coverage across most of North America. Anecdotally, however, we’ve come to understand that Gogo’s reliability and speed is quite limited, especially in areas where their ground-level antennas don’t have dense coverage.

WestJet hopes the first planes with in-flight WiFi will be operational by October 2014, though it could stretch until later in the year. Prices are expected to be in line with the U.S., offering unlimited WiFi for a 24-hour period for $14.

In other WestJet news, the company just released an Android app and won Christmas with this feel-good viral movie.

Update: Air Canada already has Wi-Fi in select flights, courtesy of Gogo, between Toronto or Montreal and Los Angeles over the United States (costs $9.95 USD)

Google Assistant will soon be able to predict flight delays