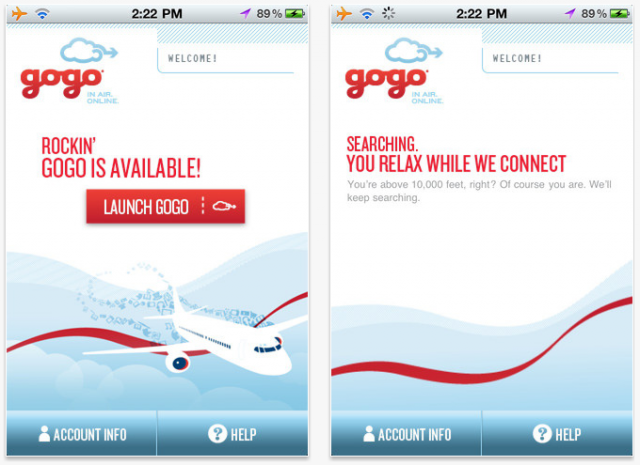 Wi-Fi is coming to Canadian skies soon, courtesy of Aircell’s “Gogo.” The US-based company has been operation for the past 4-years and Industry Canada has given them a “subordinate license” to offer air-to-ground (ATG) radio frequency for in-flight Wi-Fi service. The current plan is to start building out cell sites in Q4, then hit Canadian pocketbooks with a full network rollout “by the end of 2013.” Aircell says they’ll first focus on “Canadian routes served by Gogo’s existing U.S. and Canadian commercial airline customers.”

The pricing currently ranges between $13 for a 24-hour pass and goes up to $40 for a 30-day pass. However, no word on what the pricing will be when it goes live in 2013. In addition, the Gogo mobile app is available for iPhone, iPad, Android and BlackBerry devices.