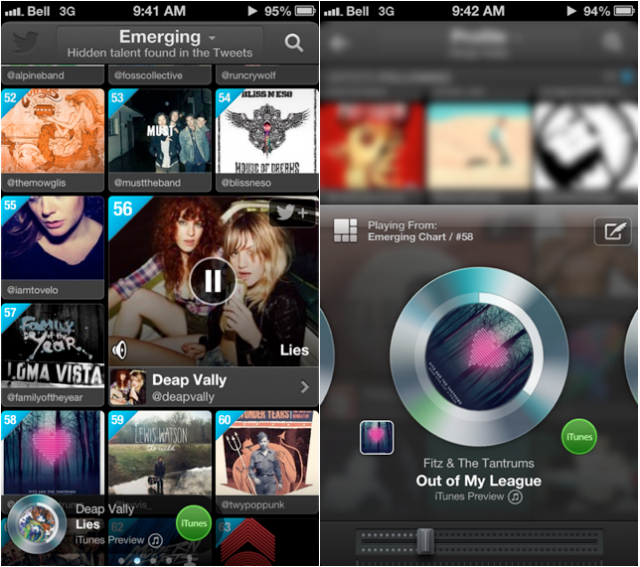 Remember Twitter #Music? This is still in operation and the app is currently available on iOS. When Twitter launched the music service back in April, the company also stated that it’ll arrive on Android “soon.” However, the end might be near.

According to a report by AllThingsD, Twitter is “strongly considering killing off its Twitter #Music mobile application.” The reason for the potential shutdown is due to the “abysmal” numbers in downloads and user engagement. Twitter is reportedly in the middle of revamping its music department and there’s no timing of when app will be axed.

Twitter #Music helps you discover music based on the activity of the people and bands you follow. The app is categorized into 4 areas (Popular, Emerging, Suggested, and Now Playing) and gives you the option to listen and also purchase songs within the app.

Twitter declined to comment on the rumour, but this is not the first time we’ve seen social-focussed Music venture been axed. Earlier this year BlackBerry’s BBM Music also got sidelined. The company acknowledged defeat and directed its users to popular music subscription service Rdio.