Hands-on with Next Issue Canada: Can the Netflix for magazines convince people to pay? 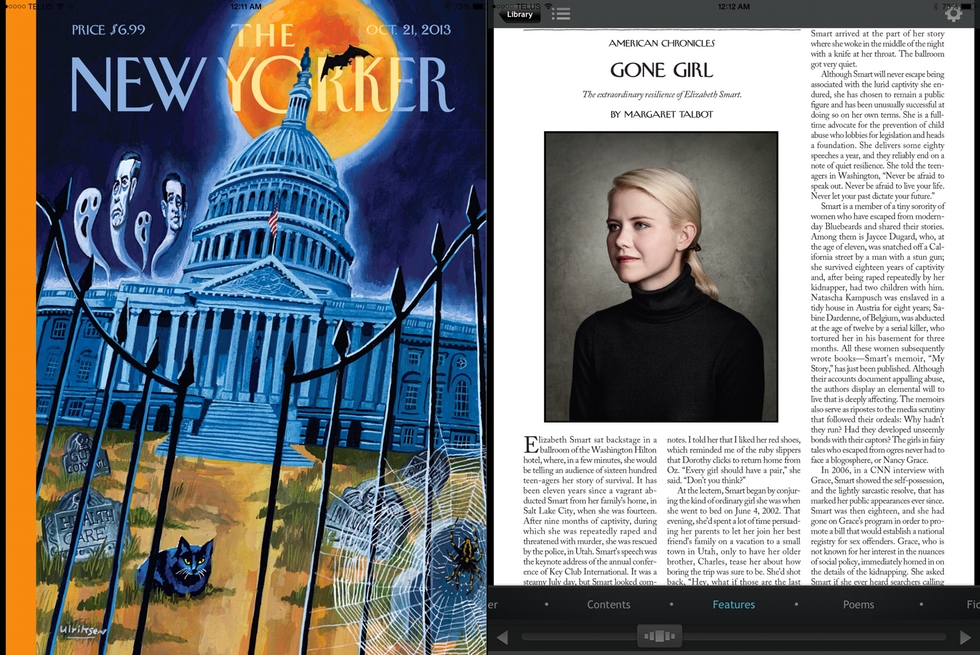 Magazines are expendable. They sit, unkempt and torn, on coffee tables and doctors’ kiosks. They are the last thing you buy before a flight and the first to be tossed upon arrival. They are about celebrities and fashion, about old technology and ancient games. They are unnecessary.

Except that’s not true. Some of the world’s best writers hone their craft for magazines. Long-form is experiencing a revival online, and physical magazines are reaping the benefits. Apple’s Newsstand, for all its problems, is making it easy for current subscribers to get their content digitally. The industry may be in flux, but the content is still flowing.

Enter Next Issue. Launched last year as a startup run by a coalition of five major U.S. publishers, Condé Nast, Hearst, Meredith, News Corp., and Time Inc., the product offers all-you-can-eat digital magazine consumption for between $9.99 and $14.99 USD per month. Coming to Canada through Rogers’s media branch, the deal brings most of the high-quality content to Canadians while offering Rogers’ own properties — Maclean’s, Canadian Business, etc. — to Americans. 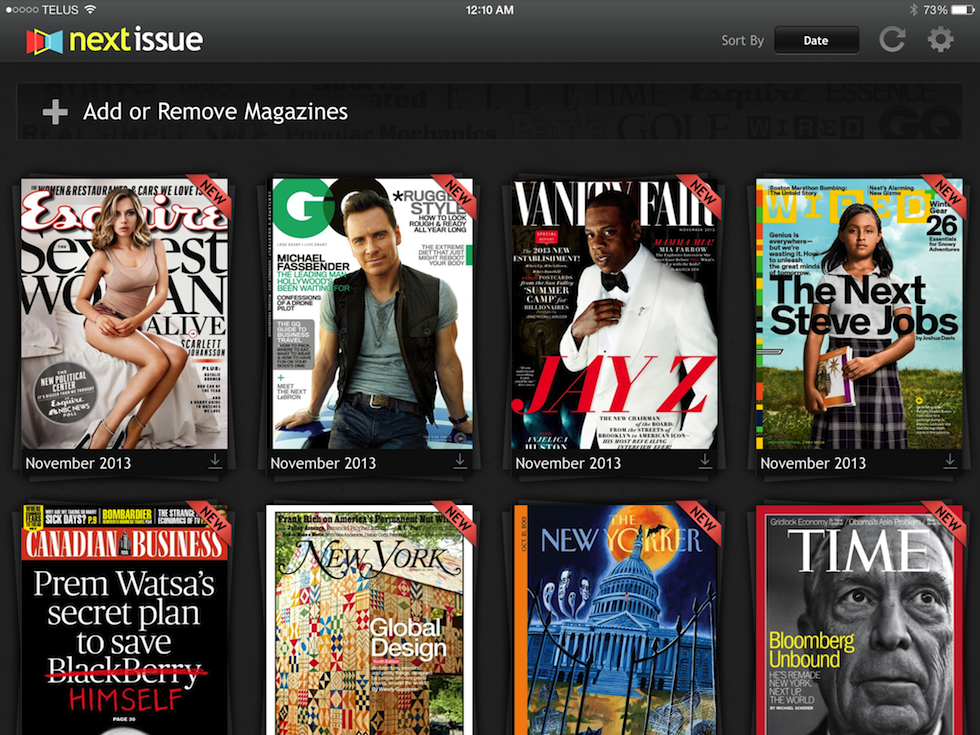 Available for Android tablets, iPads and Windows 8/RT devices, Next Issue is slick. When you first open the app, it offers a list of magazines to “follow,” which, once selected, expose nearly two years of back catalogue. Users can download an unlimited number of publications, though by default the app begins deleting the oldest after 96 issues.

Most impressive is that the magazines themselves do not take up hundreds of megabytes (though some of them approach that number), and can be read almost immediately after tapping on the cover; they download from front to back, initially offering lower-quality images to ensure some content is available right away. Eventually, once the whole issue is downloaded, higher-quality images take their place.

Users can be notified through email when a new issue is available and, at least on Android, the app can be configured to automatically download the last issue of up to 12 magazines. It’s possible the feature will come to iPad at a later date, as the app appears to be only partially optimized for iOS 7. The app looks and performs better on iOS, but once the issue is downloaded, the two platforms display the content almost identically. Indeed, this is likely the best magazine-reading experience available on Android, especially since Canadians cannot currently link their print magazine subscriptions to Google Play. 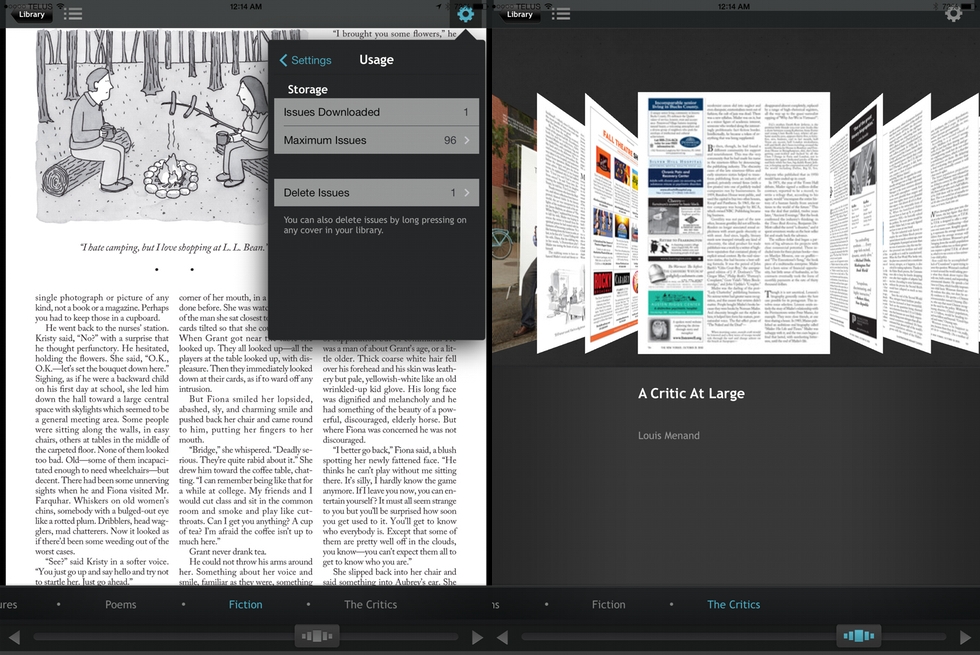 The reading experience is also quite good, both on Android and iPad (I didn’t get to try the Windows 8 version). Scrolling is smooth, and it’s possible to zoom in on swaths of text to make it more legible. Scanning through content is also fairly intuitive: there is a slider on the bottom of the screen that appears whenever you tap the middle of the page that lets you quickly navigate through an issue. There’s also a small Table of Contents icon at the top left that more specifically lists the individual articles and features.

The only real complaint I have about the app is that there is no “text-optimized mode.” The iOS version of The New Yorker app, for example, has an option to turn a regular article into something like a scrollable web page, which provides a nominally better reading experience on smaller displays. Because Next Issue is a tablet-only app this isn’t really a problem, but it does present a limitation of the format.

That Next Issue is only available on tablets does limit its potential audience, too, but publishers have struggled to successfully translate their digital magazine experiences to phones, as the smaller screen proves less a versatile canvas.

Rogers customers have a 60-day free trial of Next Issue Canada until its public launch on December 15th. While the sneak preview is ostensibly a bonus for already-paying users, it’s also likely an opportunity for the company, in conjunction with Next Issue’s developers, to sort of any latent bugs that may have crept up in the conversion. Users must have a MyRogers login — obtained by subscribing to a service like Internet, Cable or Wireless.

If you have a tablet, and enjoy reading the occasional magazine, I cannot recommend Next Issue enough. The service will be available on December 15th with two price tiers: $9.99/month for just monthly publications; and $14.99/month for all monthlies and weeklies, including The New Yorker.