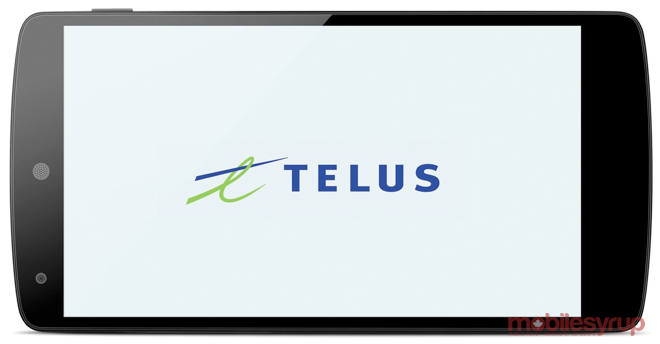 Google and LG have collaborated on yet another Nexus phone, the unannounced but heavily-leaked Nexus 5.

Though it was rumoured to launch mid-October (which has come and gone), we’re now hearing it will hit the Google Play Store by the end of the month, perhaps the 28th or 30th, for a reasonable $349-$399 USD for the 16GB and 32GB versions respectively (though Canadians may pay a $20 premium).

But we’ve also learned that the Nexus 5 will come to carriers, much like the Galaxy Nexus and Nexus 4 before it. We’ve received a pretty credible-looking press image for the TELUS version of the Nexus 5, complete with a carrier-branded splash screen. Unfortunately, that’s all we have in terms of information — no pricing or availability to speak of — though we expected the device to come unlocked and receive updates directly from Google, just like the Nexus 4. 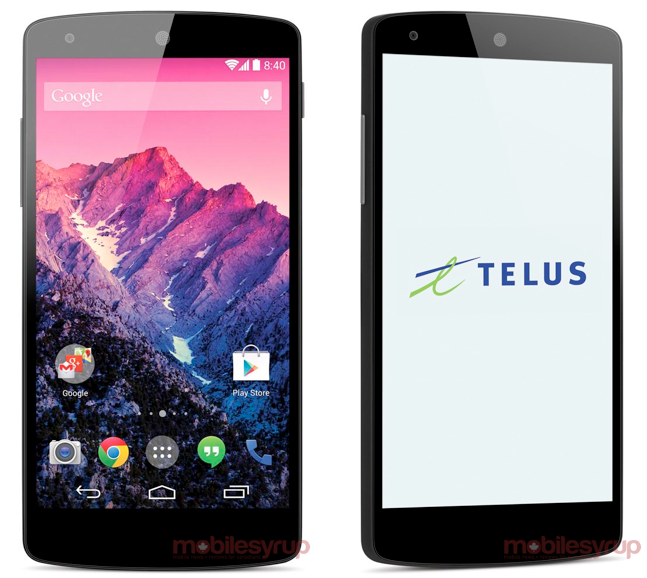 Perhaps more interesting is the new set of icons that appear on the Nexus 5’s homescreen. Android Police has noted that Android 4.4 KitKat will arrive with a new launcher called the Google Experience, complete with transparent navigation and menu bars. Previous leaks have also indicated new icon designs for the app drawer itself, which is also expected to be transparent — you’ll see your wallpaper instead of a black background — and a highly questionable (from a design standpoint, not legitimacy) phone icon.

As far as I can tell, this is the first time we’re seeing the new camera icon, which looks quite different to the stock Android 4.3 version. It’s also worth noting that Hangouts has replaced Messenger as the default messaging app on the four-icon dock. We’ve learned that Google will be limiting users to one default SMS client in KitKat to avoid multiple notifications and cut down the use of private system APIs.

This all looks extremely promising, as Google seems to have taken the best parts of the LG G2, it’s hardware, cut down on the glossy finish and replaced the software with something simple and beautiful in Android 4.4. Our appetites are sufficiently whetted and now we just need to wait for the announcement.