The Samsung Galaxy Note 3 is the most interesting smartphone released this year. Here’s why. 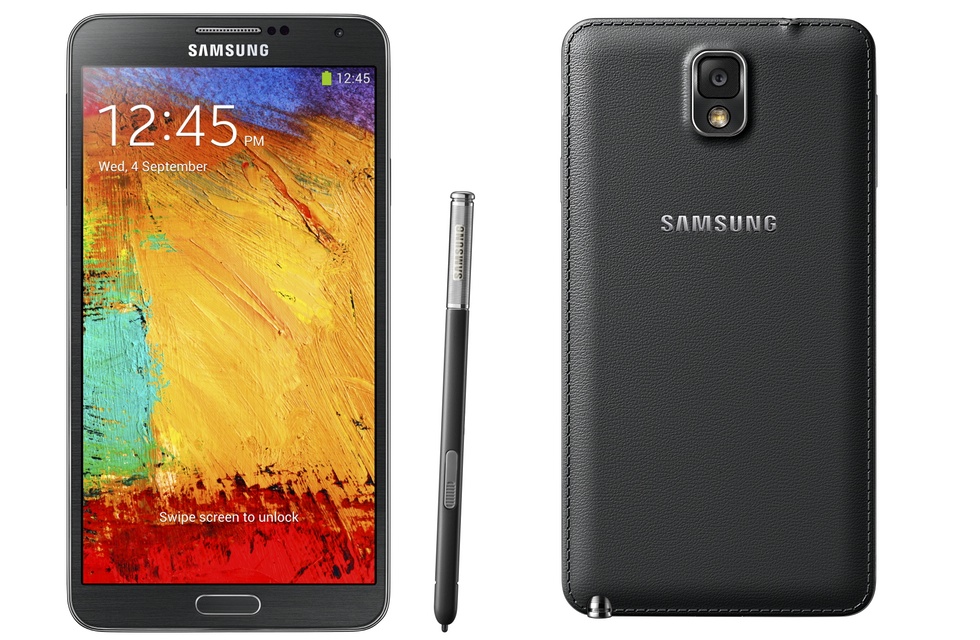 We weren’t in Berlin or New York for yesterday’s Galaxy Note 3 reveal, but there is plenty of evidence that Samsung is on its way to yet another, ahem, massive hit.

But underneath the glitz, glamour and stitched pleather is a smartphone worthy of praise, since Samsung has managed to pull off a number of interesting things with this upcoming 5.7-inch device. 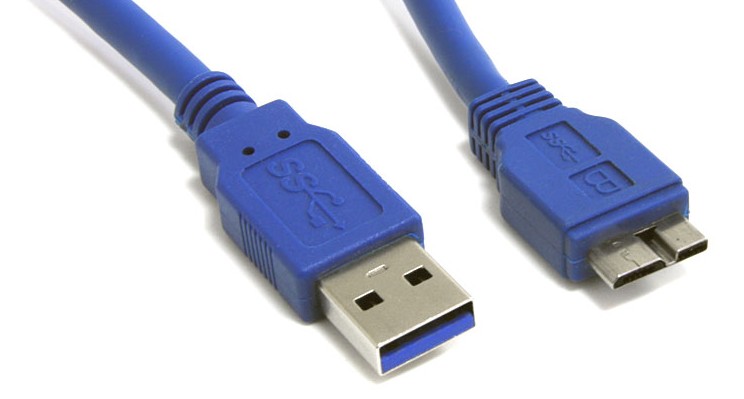 You may have missed it behind all the faux leather, but the Galaxy Note 3 is the first device we know of to use the new USB 3.0 standard.

Aside from the wider, strange-looking plug, USB 3.0 has two main advantages: it will transfer files between your phone and PC up to 10 times faster than a traditional USB 2.0 port, though your computer will have to support the new technology as well (it started rolling out in new Macs and PCs in 2012).

Perhaps even more exciting is, combined with Qualcomm’s Quick Charge 2.0, the Galaxy Note 3’s 3200mAh battery will charge much, much faster. USB 3.0 alone improves charging speeds from 500mA of current to 900mA, which is closer to an AC adapter than a USB port. The Note 3 also sports a 1.5A mode, too, which promises to bring charging time to under two hours.

And the good news? It’s all compatible with USB 2.0, so you can continue to use your legacy microUSB cords, chargers and plugs.

Android 4.3 may not have seemed like a big deal when it was revealed alongside the Nexus 7 in July, but it does have two major upgrades over previous versions: OpenGL 3.0 ES support, and compatibility with Bluetooth 4.0 LE.

The latter has been a long time coming, but it’s notable because it brings Android into the same league as the iPhone 4S and 5 in terms of compatibility with smart watches and fitness bracelets like the Fitbit Flex.

At launch, the Note 3 will be the only smartphone compatible with the Samsung’s Gear smart watch, but over time, as millions of Galaxy devices get updated to Android 4.3, they too will update their proverbial resumes. It doesn’t look like Samsung intends to expand compatibility beyond its own range of Android devices, but we can always hope.

3. It sports a Qualcomm Snapdragon 800 processor and 3GB of RAM

Refer above to that OpenGL 3.0 ES support in Android 4.3, and combine that with the potent CPU and GPU combo of Qualcomm’s latest Snapdragon 800 SoC, the Note 3 will likely be the fastest smartphone in the world.

More importantly, the top Android games will absolutely fly on the Full HD screen, which promises to be of greater quality than that of the Galaxy S4 released earlier this year. The Note 3 is going to be a great gaming smartphone.

Yes, the Snapdragon 800 is not unique to the Note 3, but 3GB of RAM is. The LG G2 and Sony Xperia Z1 also promise to be fast-as-heck smartphones, but most games are optimized for the Galaxy series of devices first, because they are the industry’s most popular Android phones.

4. It comes standard with 32GB of internal storage

The Note 3 is Samsung’s first device to come with 32GB of internal storage, along with a microSD slot for expandability. This is the company acknowledging that 16GB is not enough anymore for the average user, and addressing the GS4’s issue of system files taking up nearly half of the available bits.

It also looks like there will be a 64GB version, but Canadians are unlikely to see it. Regardless, the Note 3 is a move in the right direction for Samsung. 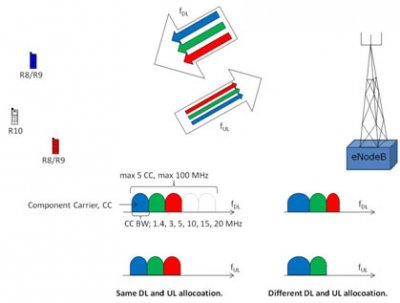 5. It’s one of the first devices to support Category 4 LTE, also known as LTE-Advanced

While it waits for the carriers to catch up, Samsung included Category 4 LTE inside the Note 3. Specifically, this is Qualcomm’s doing, through its updated MDM9x25 baseband, but ultimately it means the Note 3 will be as future proof as possible when it’s released later this year. This means speeds of 150Mbps down and 50Mbps up are theoretically possible, along with carrier aggregation for sharing up to 100Mhz of bandwidth for contiguous frequencies.

The MDM9x25 baseband also supports 6 LTE frequencies on a single chip, meaning Samsung will need to build fewer SKUs of the product for the various carriers. 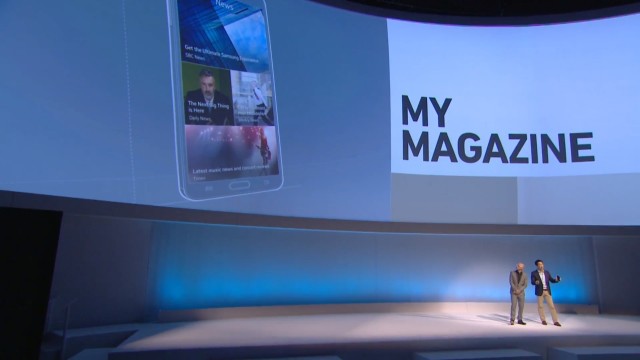 6. Most of its new software features are actually useful

Unlike on the Galaxy S4, which boasted more than a few software features that we’ve never used beyond the initial review, the Note 3 adds a number of things we’re actually excited to use.

Specifically, My Magazine, which is accessible by swiping up on the home screen at any time, is a potent combination of BlinkFeed and Flipboard, who Samsung actually partnered with to implement it. My Magazine takes your various social feeds, favourite news sources and Flipboard’s choice picks, and makes them easily accessible at any time. Unlike BlinkFeed, though, it’s hidden until you want it.

In addition, some of Samsung’s new S Pen features, including Pen Window, Air Command and the new Multi Window, feel like natural extensions of the stylus’ functionality, and will probably be widely-used features by the reported 70% of Note users who stick with the S Pen after the initial purchase. 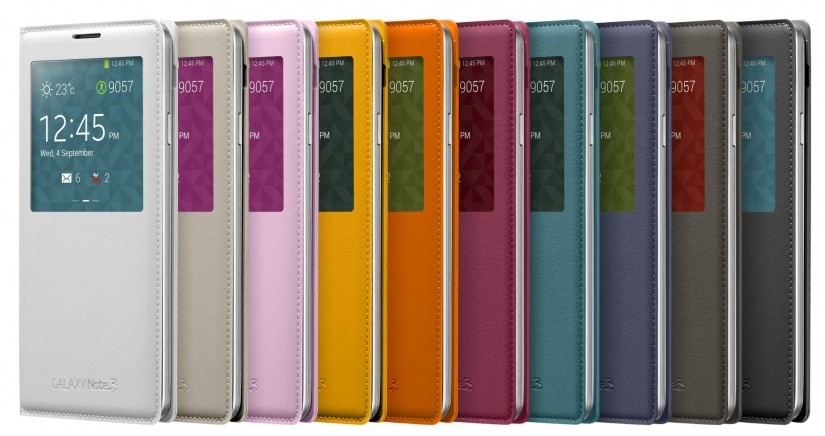 7. Despite having a larger screen, it’s actually more compact than the Note II

Finally, Samsung managed to fit a larger screen with a higher-resolution panel, a larger battery, faster processor and more RAM into a chassis that’s thinner, lighter and narrower than last year’s model.