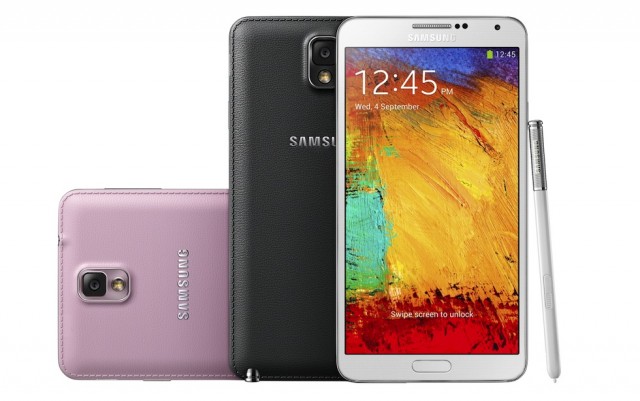 Samsung has announced the Galaxy Note 3 smartphone, a device that promises to be demonstrably faster than its predecessor while keeping the tradition of being thinner, lighter and more compact than the Note II.

The 5.7-inch device has been upgraded to 1920×1080 pixels, and at 168 grams and 8.3mm thick, it’s actually thinner and lighter than the Note II. It comes with a soft-touch, textured backing in three colours, black, white and pink. Running Android 4.3 with TouchWIZ, the Note 3 looks like a mix of the Galaxy S2 and Galaxy Note II, and embraces the skeumorphic idea of the device being a “living notebook.”

The Canadian version, when it debuts in October, will sport a 2.3Ghz quad-core Qualcomm Snapdragon 800 SoC, 3GB of RAM, 32-64GB internal storage with microSD slot, a 13MP camera with 4K shooting capabilities and image stabilization, Category 4 LTE support with carrier aggregation, Bluetooth 4.0 LE support and a 3200mAh battery that promises 40% more uptime than the Note II. 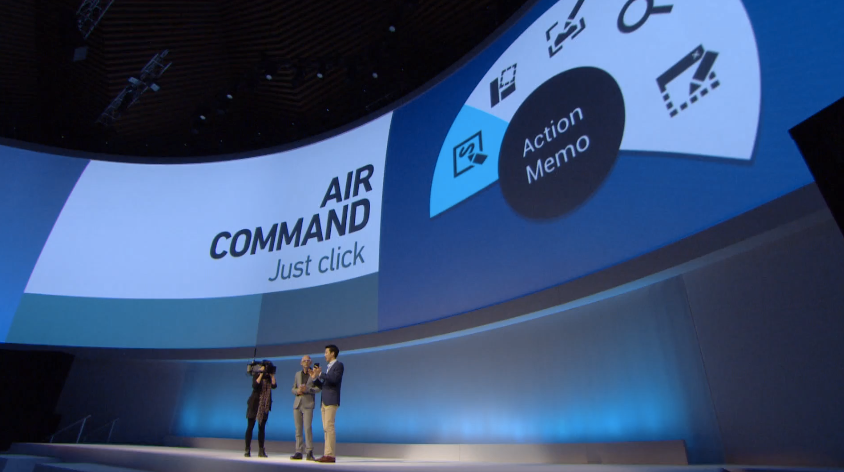 The Note 3 also comes with a few interesting software features, including Air Command, an on-screen portal to four specific features:

There’s also a new and improved Multi Window feature, which now allows for data sharing and interaction between apps. This was the one piece of MW that I sorely missed in the Note II and can’t wait to see how developers use it.

Samsung has finally implemented KNOX security into the Galaxy Note 3, the first device to officially support it out of the box, since it was announced earlier this year. KNOX actually containerizes the Android experience, separating apps and data into a secure area that cannot be accessed even if the phone is stolen or compromised. 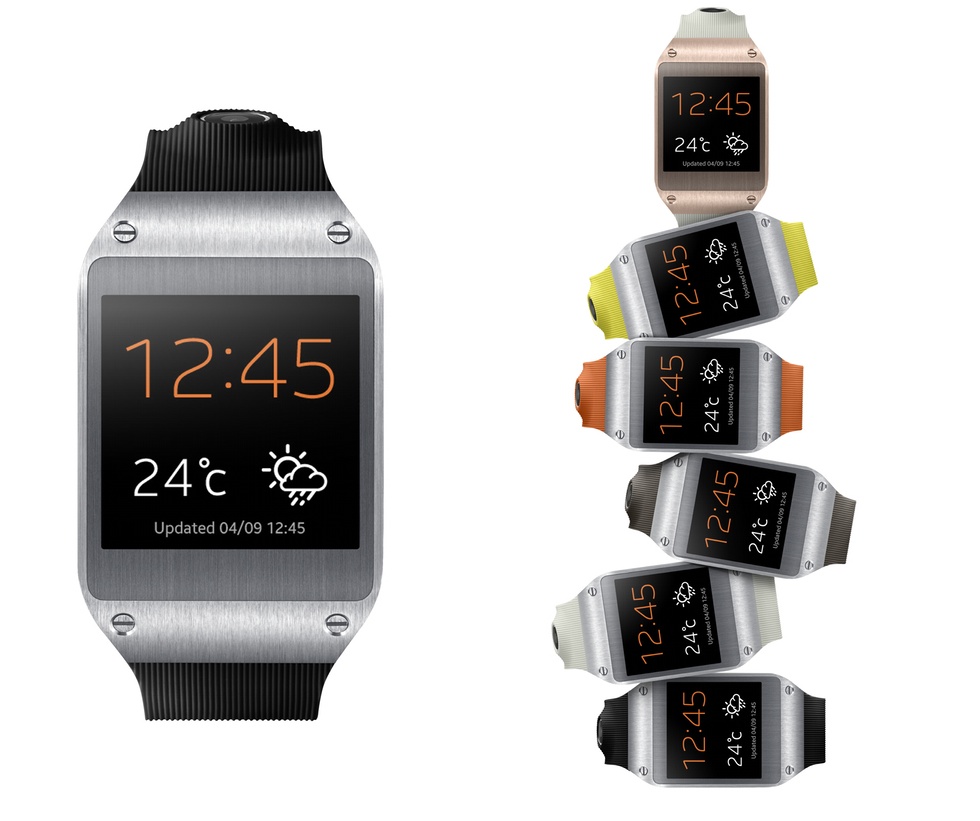 The company is also debuting a new Galaxy Gear smart watch, which has many of a smartphone’s capabilities such as voice input and calling when paired to an Android device. For $299, the Gear comes on a little strong, but the aluminum frame and large display promise to add value to the computer-on-a-wrist. 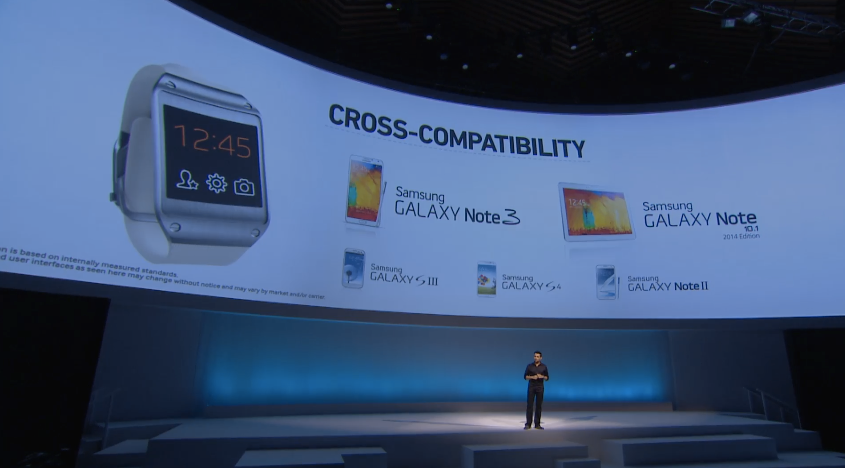 The Gear interacts with your Galaxy Note 3 out of the box, and will be compatible with the S3, S4 and Note II with a software update coming in October.

Gear actually offers its own app store, and has a 1.9MP camera for quick snaps on the go. When connected to a smartphone, it shows incoming messages and notifications from popular apps — Path and Life360 are launch partners — and the built-in speaker blends seamless calling with hands-free usage. S Voice interaction lets users search for information and make inquiries — “What’s the weather going to be tomorrow?” — and answer calls without touching the screen.

Out of the box, Galaxy Gear will be compatible with a number of apps, including Evernote, Banjo, Path, eBay, Glympse, Line, Pocket, RunKeeper, TripIt and Vivino Wine Scanner.

While Samsung claims that it will have all-day battery life, a concern with early users is that the device does not seem to reach that mark. Also interesting will be to see how Samsung manages its own Gear app store independently from Google’s Android store, and whether it will be able to convince developers — beyond the initial launch partners — to design apps for the $299 device. 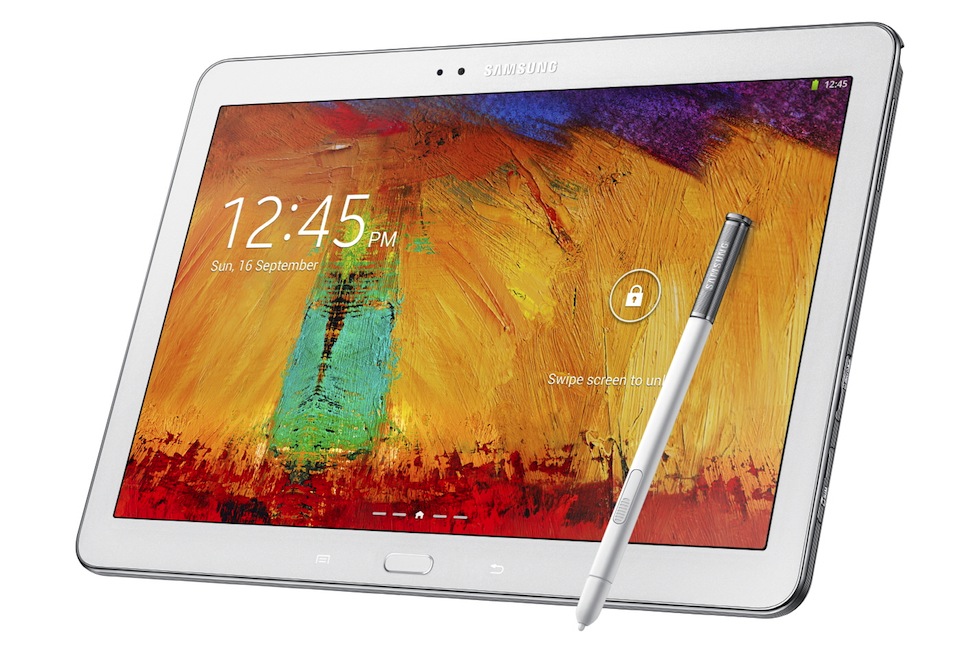 All three products will be available in Canada later this year, though pricing and specific available has not been announced.

Rogers, Bell, TELUS, MTS, SaskTel, Videotron, Mobilicity and WIND will be carrying the Galaxy Note 3 later this year, likely in October with the US carriers, but we can’t offer any specific details just yet.