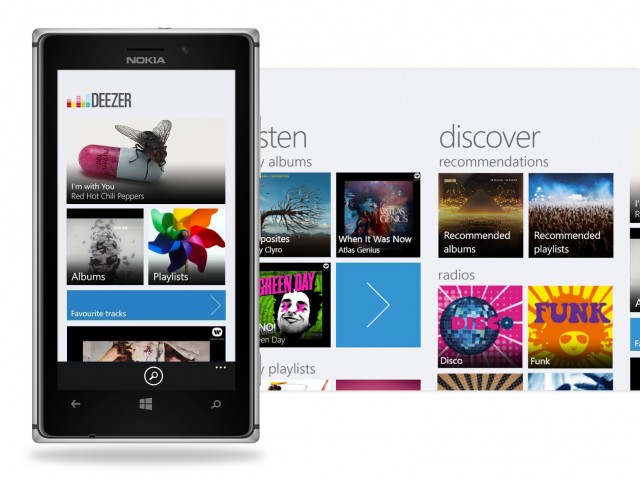 The company is touting its new app as being about discovery, with curated playlists and radio stations based on a user’s location front and centre. Users can also save content for offline listening, which is becoming increasingly important for users who commute or don’t want to tax their monthly bandwidth by constantly streaming the same music.

Deezer is also focused on making its Windows Phone 8 app beautiful and functional, and from the looks of it there is no doubt it is one of the better-looking streaming apps on the Windows Store.