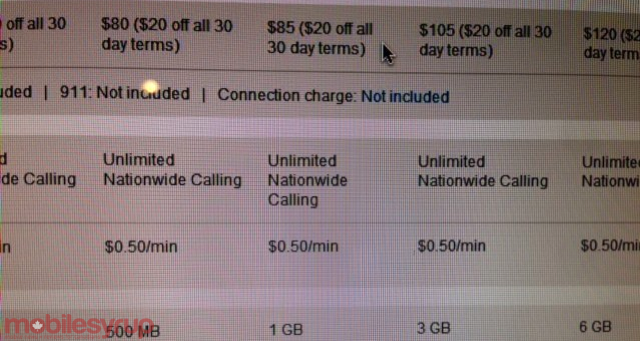 Bell has also altered its BYOD (Bring Your Own device) option, removing the once-standard 10% discount and discounting $20 off all 30-day term contracts. The total saved, if bringing your own device, is $480+tax, which is similar to the price of a subsidized smartphone, according to the carriers.

If this all sounds familiar, it’s because the arrangement is practically identical to TELUS’ SharePlus plans, though Bell still comes out cheaper by $10 for the 6GB plan and $15 for the 10GB plan. The rest of them, from 500MB to 3GB, are identical in price.

Rogers and Fido will be going live with their 2-year terms on August 9th and at this point looks to maintain its 10% BYOD discount. No word on when these Bell plans are going into effect, but we wouldn’t be surprised to see them roll out on August 9th, too.