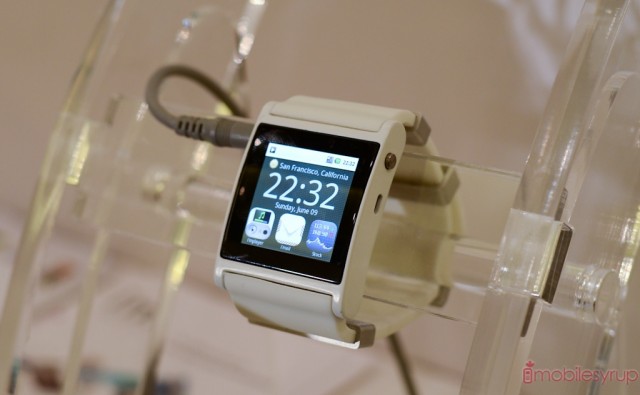 Bloomberg is reporting this morning that Apple has registered the iWatch trademark in Japan, likely as a defensive move to prevent other companies from doing the same. The rumoured iWatch has long been rumoured from the Cupertino-based company as it suffers from the perception that its “innovation train” has slowed. Also expected is a television dubbed iTV, but that may still be years away.

Wearable computing has taken off in the past year, with hardware startups like Pebble and Metawatch bursting onto the scene with thousands of orders and millions of dollars in revenue. Bigger names like Samsung have already confirmed they are working on a smartwatch while Google and Apple are rumoured to be doing the same.

Software changes to iOS 7 are more friendly to developers of third-party hardware, giving devices like Pebble increased access to the notification river that is so essential to a great smartwatch experience. Similarly, developers have seen similar openings in early leaks of Android 4.3, Google’s unreleased OS update. Hardware and app developers will be able to access and manipulate notifications with more granular control than before.

Whether Apple follows through with its iWatch product this year depends on how successful it is at finding a balance between the company’s hardware design prowess and emerging software acumen. It’s likely that the watch will rely on a constant Bluetooth connection from an iPhone or iPod touch, but will still be nominally functional on its own. It’s very unlikely that the iWatch will have its own WiFi or cellular connectivity, so as to save battery.

Sony just announced a sequel to its mediocre Smartwatch product, and will likely release it just before Apple’s planned October announcement. Bloomberg also reports that Apple has over 100 engineers working full-time on the iWatch.