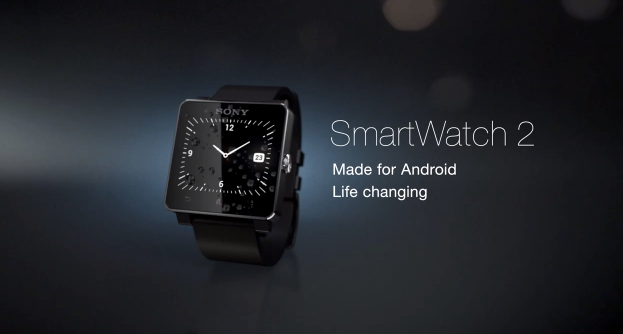 In addition to the ultra-big, ultra-thin Xperia Z Ultra, Sony unveiled a sequel to its SmartWatch, aptly titled SmartWatch 2, today in Shanghai.

The water- and dust-resistant timepiece aims to be an improved version of what many people considered a half-baked product when it was announced in early 2012. The SmartWatch 2, however, is based on much newer Android software, supports newer Bluetooth protocols, and is, frankly, a better, more fully-realized product overall.

It has a 1.6-inch 220×176 pixel display with three Android navigation buttons below its screen — back, home and menu. The SmartWatch 2 is compatible with a range of Android apps, and can function as a second screen for incoming calls and texts, and even be utilized as a camera remote.

The SmartWatch 2 also joins a number of recent Sony products in a consistent design approach; you can see the nicely-crafted aluminum power button on the right hand side, and the entire product has been built with a lot more care than its predecessor. Sony will offer a stainless steel black wristband if the included plastic one isn’t up to scratch, and the SmartWatch 2 is compatible with all 24mm straps.

Finally, the SmartWatch 2 supports NFC for easy pairing with Bluetooth 3.0-compatible devices running Android 4.0 and above. This makes it functional with practically every Sony device released since the Xperia S, and promises four days of battery life with moderate use.

Unlike the Pebble Smartwatch, Sony’s newest version uses an actual LCD display, not a low-power e-paper one, so it will be interesting to see if its battery claims are true.

The SmartWatch 2 will be available, along with the Xperia Z Ultra, around September. No word on whether it is coming to Canada.