Prior to Facebook Home release, Messenger update brings Chat Heads to all 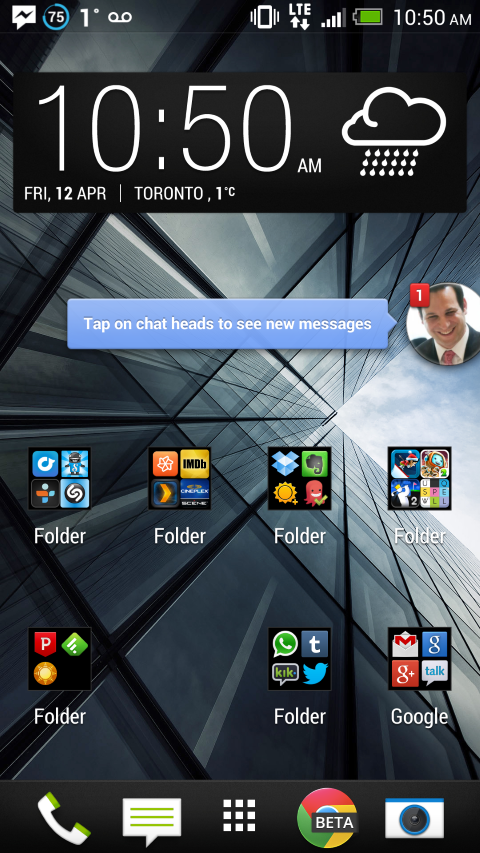 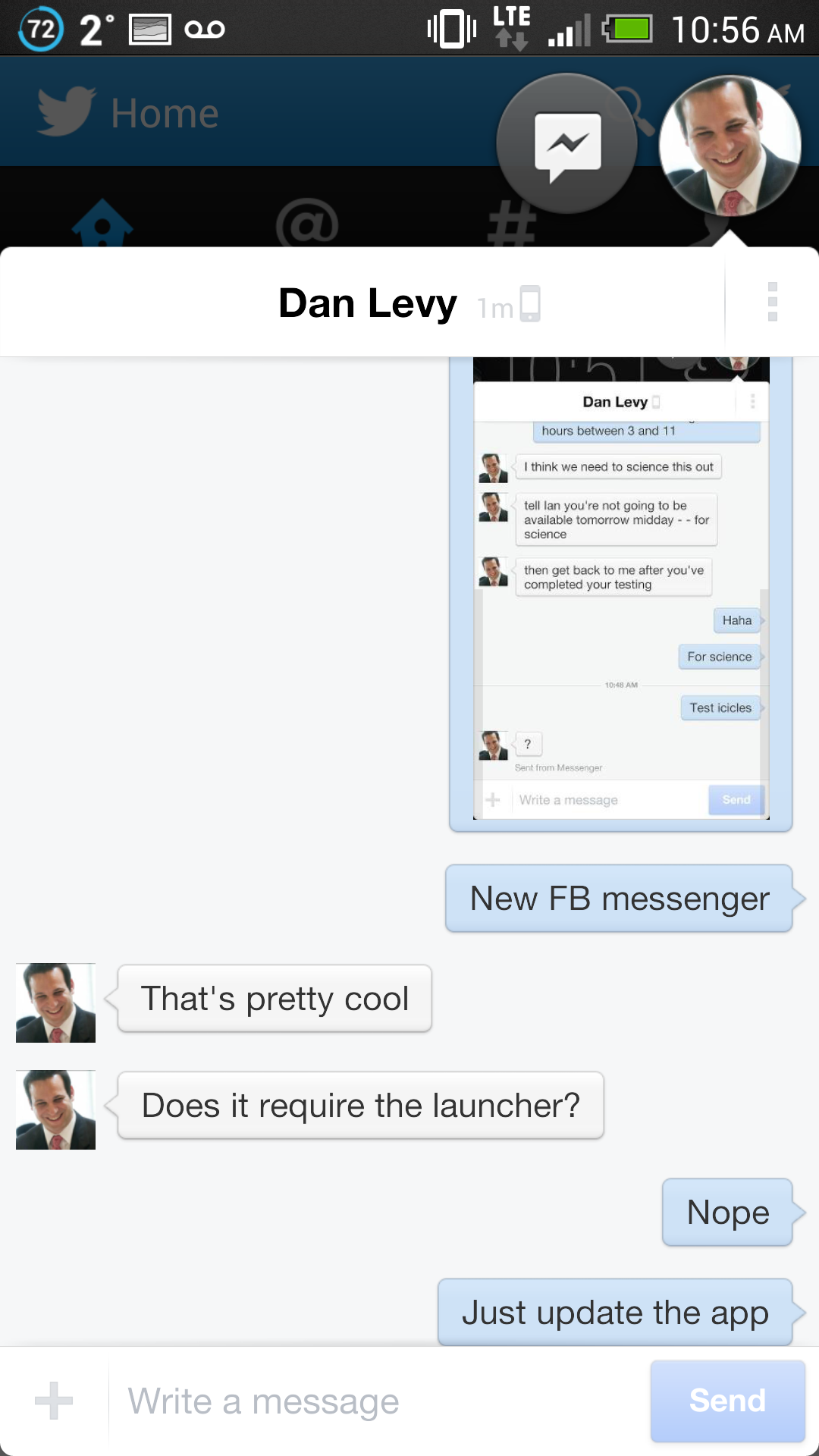 Facebook and Facebook Messenger have been updated this morning in anticipation of Home’s release later today. If you recall, Facebook Home is a launcher replacement that will bring a full screen of status updates and high-resolution photos to your Android device. While it’s not launching in Canada for another few weeks, its best feature, Chat Heads, has come to some devices on its own.

As an extension of Facebook Messenger, Chat Heads shows the avatar of the person you’re talking to, either via SMS or Messenger, as a little movable bubble on your screen. While it doesn’t look like the feature is limited to specific devices, we’re hearing reports that it’s being slowly enabled server-side, so the option to enable it may not appear for everyone until later.

After using Chat Heads as both a Facebook Messenger client and as my default SMS app, I can say that categorically it is one of the best features the company has ever shipped. It’s seamlessly integrated, easy to manipulate and dismiss, and extremely useful. Surprisingly so given the flexibility of Android and its myriad SMS clients, each boasting time-saving options of their own.

Dismissing a Chat Head is as easy as flicking the bubble quickly towards the bottom of the screen; moving it around just takes a small gesture. The chat window opens atop your current app, so unlike most messaging apps you don’t have to leave what you’re doing.