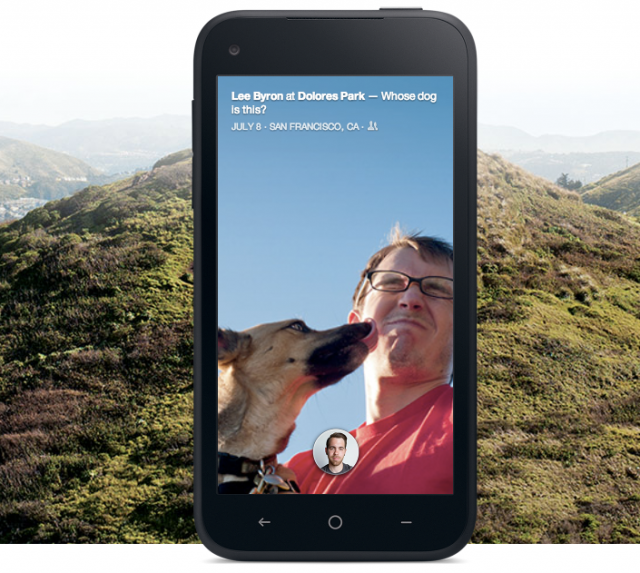 We had a quick conversation with Facebook’s Ami Vora, Director of Product Marketing, who clarified a few things about Home, a launcher that will, ahem, launch on April 12th in the U.S. While the initial rollout will be fairly limited — one country and fewer than 10 devices — it will quickly expand to include more of the entrenched market.

While Canadians are used to being the guinea pigs for many of Facebook’s features, the company’s partnership with AT&T around HTC First, the Android smartphone bundled with Home, likely necessitated the brief exclusivity period. That being said, the wait won’t be too long — we’re talking days or weeks, certainly not months.

And while Home may not appeal to many users, it enables two very important things: it gives the many, many Facebook addicts, most of whom spend over 30 minutes in the app every day, making it three times more popular than the next-most-used app on Android, an opportunity to view their friends’ content and messages in a way that isn’t an eyesore. It also legitimizes the use of launchers on Android, which was previously a very niche market. By installing Home, you’ll have to overwrite your current launcher, a process that may be daunting to the average user.

Facebook wants the content you see first to be from your friends and family, but also from its Open Graph, which means you’ll be seeing game requests, music your friends are listening to, news stories posted by your favourite news sites and, eventually, ads. Yes, advertisements will come to Facebook Home, but, like the ones currently in your News Feed, they’ll be targeted. It’s a necessary evil for users who want to more tightly integrate with the service, but it’s also a sign of things to come.

More intriguing to me than Cover Feed is Chat Heads, the messaging overlay feature that allows your friends faces to float atop any app you’re currently using. These heads can be relocated anywhere on the screen, or grouped into a list and dismissed or stored away for later.

Facebook Home is really the only product the company could have made without risking drastic alienation of its existing Android user base. A launcher may not be significant on its own, since it can so easily be removed, but it’s the first step in total integration with the operating system. Facebook doesn’t have the inclination to fork Android because it doesn’t want to bother with all the stress surrounding creating its own app store. Instead, it will likely integrate its Facebook Apps with Android in a more unified way, and eventually release more apps that take over your existing Android ones. It’s with these services that Facebook could surreptitiously subsume your Android experience into its network without selling you a phone or a single piece of software.

Nintendo’s Swtich game vouchers are back in Canada