Asus wants to make a PadFone running Windows 8, but how? 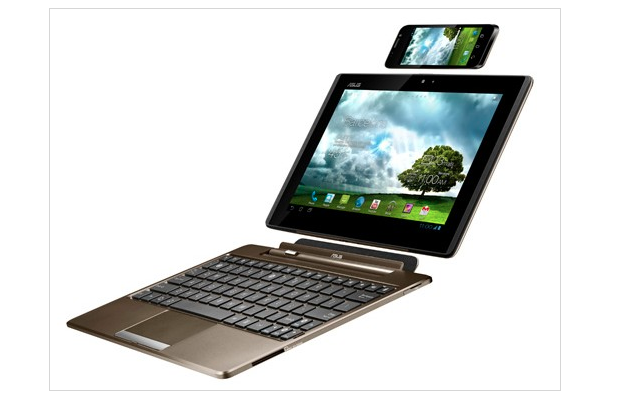 According to the Wall Street Journal, Asus wants to recreate its PadFone, that wacky smartphone-and-dock combination, for Windows 8. The company claims that it must focus its attention on gaining market share in the mobile space as dropping PC sales eat into its bottom line.

It is in talks with Microsoft on how best to implement such a design, which has a smartphone dock into a tablet, powering the larger screen with the innards of the powerful handset. It’s a novel idea, and one we wish would catch on in North America. But the way Asus did this with Android — changing quickly from a smartphone to tablet view — is only possible because the code is built into Google’s mobile operating system. And while Windows Phone 8 and Windows 8 share a kernel and much of the same code, it seems unlikely that Asus could recreate the experience of its PadFone. The sandboxed nature of Windows Phone 8 means that data couldn’t be shared between operating systems without some sort of hack (or direct intervention by Microsoft) and it may be limited to running apps that exist on both Windows 8 and Windows Phone 8.

Of course, there are ways around this — perhaps installing a full version of Windows 8 on a secondary partition of the phone — that would allow Asus to save money on having to build out the  hardware in the tablet part, but Windows 8 needs over 10GB of internal storage to run properly.

It could be that Asus wants to avoid Windows Phone 8 altogether and finagle limited phone access out of Windows 8 proper, but that would also require some serious intervention on Microsoft’s part.

The idea is novel, certainly, but at this point recreating the PadFone for Windows 8 doesn’t seem possible. Perhaps Microsoft is moving to unite the two architectures even further in its next respective versions, which would allow for more direct cross-platform access, but that remains to be seen, and won’t be known for at least another year or two.