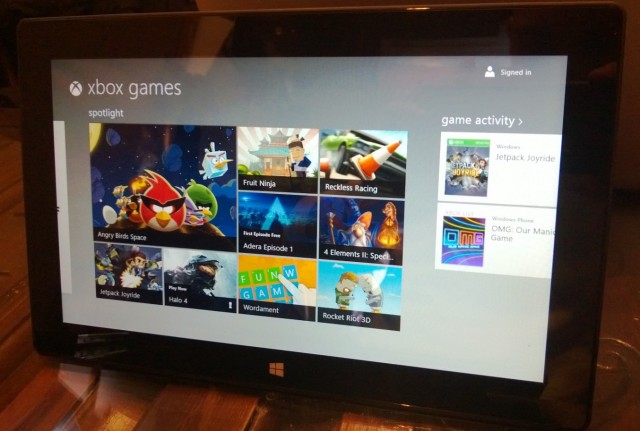 Since then Microsoft hasn’t commented on the smaller version of its tablet series, focusing instead on the 10.6-inch Surface RT and upcoming Surface Pro devices. But if you cast your mind back to that warm day in June, the Xbox Surface was on tap to sport a 7-inch 1280×720 pixel screen, a custom ARM processor and speedy graphics chip. The Verge posits that the tablet won’t run a full version of Windows 8, but like Windows Phone 8 will have a kernel based on the real thing, just tuned for gaming. You can count on a massive graphics chip and multiplayer functionality, and we wouldn’t be surprised if the Kinect brand makes an appearance in the product’s marketing.

Considering the original Surface was one of the best-kept secrets in the industry, we wouldn’t be surprised to see Microsoft maintain a couple surprises of its own before the device is officially announced. When that will be is still up in the air, so stay tuned for more.