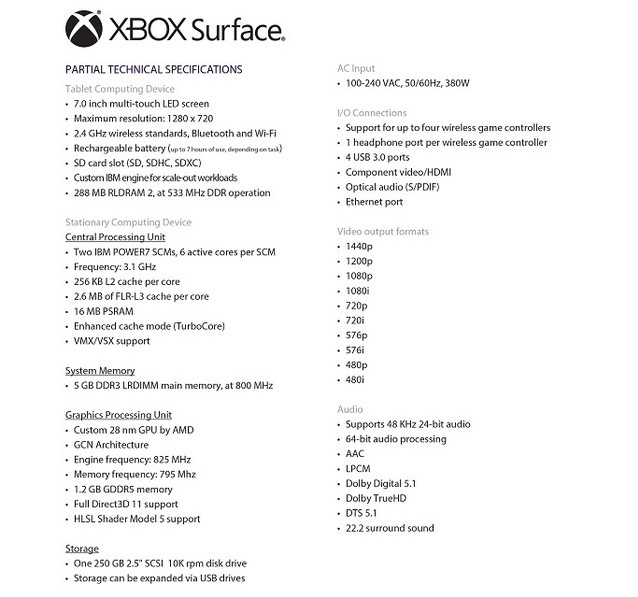 Just hours before a mystery Microsoft press conference, the rumours of a “Nexus” tablet are still pouring in. Now we have an alleged spec sheet from a “tablet computing device” with a 7-inch screen size with a screen resolution of 1280 x 720, WiFi, GPS, Bluetooth and a SD card slot. The tablet looks to have 288MB of DDR2 RAM, which is far below what we’d expect in a “performance” tablet, but this doesn’t seem like that sort of device.

Because the device would fit into a larger Xbox ecosystem, you can expect some Kinect functionality but that remains to be seen. In addition the leaked spec sheet details a “stationary computing device,” potentially the next Xbox, with insane specs.

The Surface tablet could also play into Microsoft’s larger SmartGlass strategy, which will allow users on smartphones and tablets, across platforms, to engage with their Xbox content.