Maluuba for Android: a “Do Engine” with brains, brawn and a future 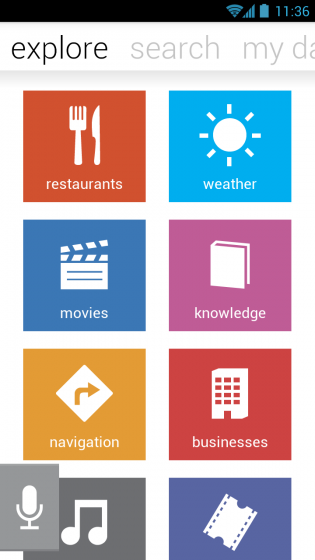 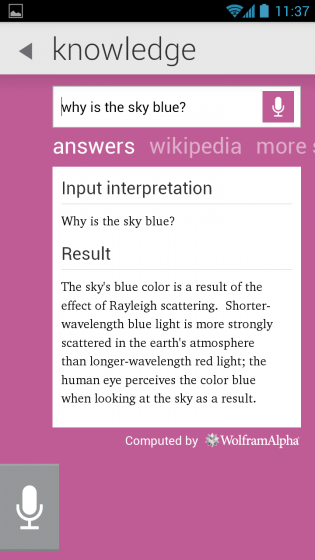 “The engine that understands you, naturally.”

It may not be widely known, but Siri was not always built into iOS. Apple acquired the company behind the now-famous quips in early 2010 and brought it exclusively (at the time) to the iPhone 4S, touting its semantic knowledge engine as the future, as a way for you, through your voice, to have conversations with your phone. It didn’t matter how Siri was doing what she was doing, only that the results were spectacular.

The problem with Siri, and with most voice-enabled search engines, is that they rely on rules: deviate from those ostensible limits, and you’ll hit a brick wall. Even with iOS 6’s fleshed-out capabilities, if you ask Siri when the Bulls are next visiting Toronto, she’s not smart enough to ask whether you want to buy tickets to the game. Maluuba, on the other hand, is.

Launched for Android in September at Techcrunch Disrupt, it was the only Canadian team to be selected for the event. The company received $2 million in Series A funding from Samsung Ventures back in February, so we know right off the bat that there is a sense of grounding and longevity in the product. It’s now looking for a further $10 million to expand into other languages and broaden its offerings.

Today, the company launches a new version of its Do Engine for international markets, expanding on its offerings in Canada, the U.S., Australia, Britain and Ireland. Maluuba for International is different from its local offering in that the app relies on specific content partners based on geographic location. For example, in the U.S. and Canada, Maluuba obtains its restaurant reviews from Yelp.

But how does the app work? It divides inputs into categories, and allows you to either speak or type your questions, comments or to-dos using one of three widgets, or from within the app itself. More importantly, unlike Siri, Maluuba wants to eventually get to the point where you can “act upon” all of its results. For example, if you’re searching for movie tickets, it wants to sell them to you. If you’re looking up restaurants, it wants to book a table for you. Eventually, it wants to be able to tell you what is happening to your favourite celebrities on Twitter, Facebook and Foursquare by asking what they’re up to. In other words, Maluuba wants you to go deeper.

“Voice is a big part of it, but not everything.”

Maluuba’s other big differentiator from Siri is the ability to type semantic language into its text input box, either from a widget or within the app. This is something that Siri users have wanted for a while, and it’s here on Android. From entering reminders to asking why the sky is blue, Maluuba attempts to understand what you’re asking, but also why you’re asking it.

Mohamed Musbah, Maluuba’s Product Manager, told me that the product takes a top-down approach to what you’re asking for. There are a number of categories at play, including Restaurants, Music, Knowledge, Movies, Events, etc., and it tries to link as many of them as possible.

Down the road, you’re going to be able to link it to your public persona. “What should I get dad for Christmas?” may involve Maluuba looking on his Facebook or Twitter accounts, his Amazon wish list, etc., to come up with examples. It may sound creepy, but it’s the future of automated and personalized suggestions.

“The best answer is a series of answers.”

Maluuba has integrated many services we know and love into the North American edition of the app. For Knowledge, there’s Wolfram Alpha and Wikipedia; for movies, there’s Rotten Tomatoes/Flixster; for restaurants, there’s Yelp.

Down the road, Maluuba wants to add shopping and sports to the mix, and basic transactions such as car rentals and movie ticket purchases, says Tareq Ismail, Head of UX. There’s a number of things Maluuba can do because it’s not tied down to a single platform, a single idea.

Apple heavily simplified Siri from its original intentions, and now focuses rewarding its users with quick, basic information. Maluuba isn’t focusing on the idiosyncratic: you’re not going to have awkwardly-worded conversations or smart-aleck answers. A Do Engine focuses on the facts, and links between those facts, and that’s where the power lies.

Maluuba is working on iOS and Windows Phone apps, as well as an API to allow other developers to plug into its service. While the consumer-facing approach, marketed as a viable alternative to Siri on Android, gets mind- and marketshare, Maluuba’s goals are bigger and more forward-thinking. It wants to plug into home automation, and be the brains behind the things you do every day.

The company’s CTO, Josh Pantony, wrote a blog post detailing how Maluuba is turning into the most advanced Natural Language Understanding personal assistant on the planet. This Waterloo company of 22 employees is looking to grow rapidly as it moves into its next phase of being.

For now, however, the Android app has replaced Google Now as my go-to knowledge engine. Its voice recognition is outstanding; its results detailed; its UI stunning.

Download Maluuba for Android. It supports Android 2.3.3 and above.