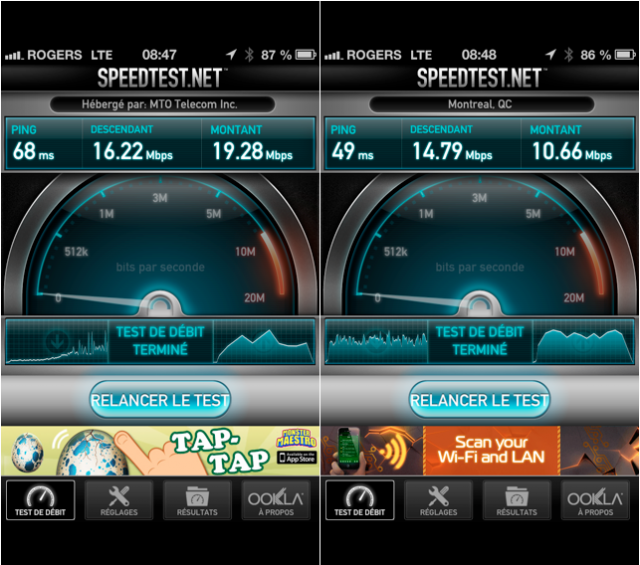 Today, as promised, Rogers went live with LTE (Long Term Evolution) coverage in a number of cities. In addition, Rogers also announced that they’ve expanded into several new location in Quebec. According to their blog post this now reaches “60% of all Canadians” and their goal is to bring LTE to 20 million Canadian by the end of this year. Here’s the new locations of where Rogers and Fido customers can expect LTE speeds (12 to 40 Mbps):