Carbon for Android could finally be available in a few days 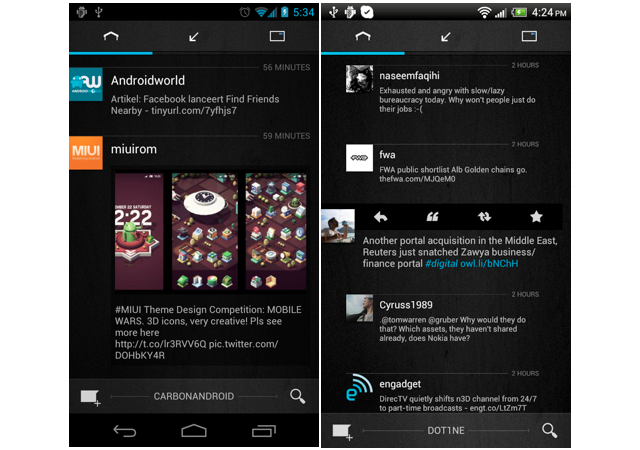 Probably one of the most anticipated 3rd party Twitter apps for Android is Carbon. The app is created by Dots and Lines and has been in the works for many, many months, but on Twitter they noted that it’s only a few days away. Back in March they created a teaser video that showed off the intuitive design and flow of the app, which will be free, but now says the a full length video and a link to Google Play to download will soon be available.

Check out the teaser video below and we’ll update you once it’s live.