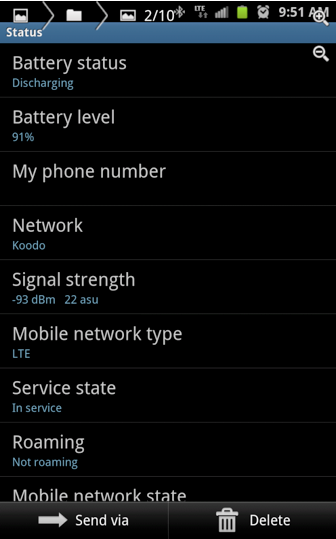 TELUS went live with their LTE network back in February. This gives customers potential peak download speeds of up to 75Mbps, but the average is between 12 to 25Mbps. With the launch of their LTE network it also brought better devices, such as the Galaxy Note, Optimus LTE and the Galaxy Tab 8.9. A bit of news as it might bring truth to a past rumour. According to this screenshot seems like TELUS’ sub-brand Koodo Mobile will possibly light up LTE for their customers. HowardForums member “newdad” hooked his unlocked Galaxy Note up in Aurora and picked up speeds of “14mb down and 12mb.” Of course, Koodo LTE is still unconfirmed, but we’ve reached out for more details.