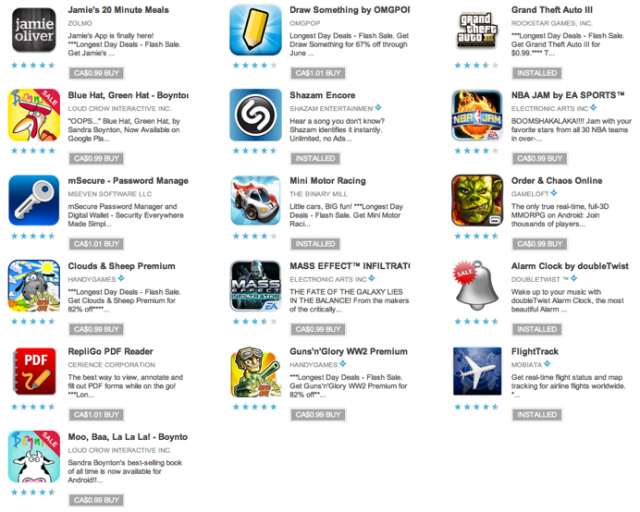 Google has put its money where its mouth is and discounted, heavily in some cases, some great Android apps for the summer. Dubbed the “Longest Day Deals”, it’s a great way to catch up on some newer paid applications that you may have missed or deemed too expensive.

Of particular interest are the productivity apps such as ReploGo PDF Reader and mSecure. Other great deals include Alarm Clock by doubleTwist, easily the most attractive alarm app available for the platform, as well as Jamie’s 20 Minute Meals, for those who are looking for culinary inspiration.

And, of course, games are on sale. You have Clouds & Sheep Premium, Grand Theft Auto III and Draw Something, among others, available for 99c.

Check out all of the deals on Google Play.