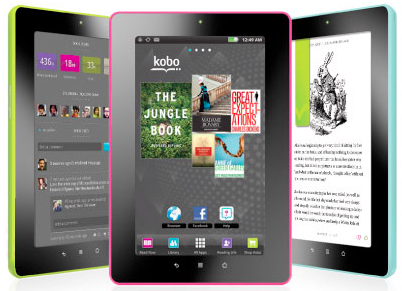 We weren’t too happy with the Kobo Vox when it debuted last year, but since then it has received some pretty significant software upgrades.

Today’s, however, may be the best of the bunch: instead of downloading apps through a proprietary third-party service users can now access the official Google Play store. We’re not sure what took the device so long to get certified — maybe they were atempting to avoid Google altogether in its custom version of Android — but it’s great that they’ve finally seen the light. Access to Google Play also provides native Android apps such as Gmail, YouTube, Maps and more.

Kobo’s CTO is pretty happy with the decision: “Google Play is the perfect addition for the content-rich eReading environment of the Kobo Vox. This is another big step in our ability to give people an open and compelling multimedia device that can be customized to suit their needs. Having access to the thousands of games, apps and tools offered by Google Play makes the Kobo Vox an eReader and so much more.”

The Kobo Vox is available for $169.99 from retailers such as Indigo, Future Shop and Best Buy.

Source: Kobo
Via: The Verge