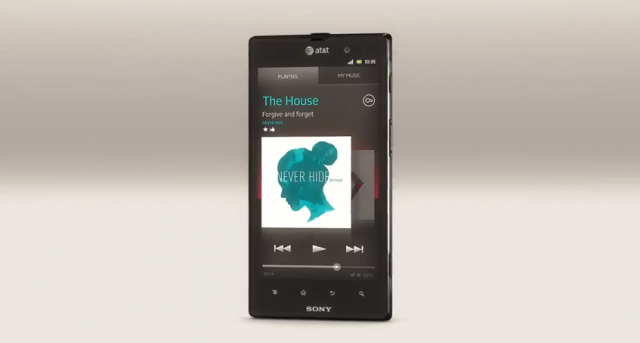 Good news for all the Sony lovers out there! We’ve been informed that the LTE-enabled Sony Xperia ion is coming to Canada and will officially be available this Summer. Exact date is still unknown and so is the carrier, but since it’s an LTE device it’ll hit either Rogers, Bell or TELUS… I’m thinking Rogers, but that’s unconfirmed.

The Xperia ion is PlayStation Certified and was first announced at CES this year and will be an exclusive release by AT&T in the States on June 24th. The ion is a big device for Sony, not just with hopes of being their first LTE device, but in size. The display is 4.6-inches and has a resolution of 1280 X 720, runs OS 2.3 Gingerbread and hopefully when it launches in Canada will be bumped up to OS 4.0 Ice Cream Sandwich, 1.5GHz dual-core processor, 12MP camera that snaps pics within 1.5 seconds and records 1080p HD videos, front-facing camera that shoots in 720p, HDMI, DLNA and bundled up with a 1900 mAh battery.

In addition, unlike the Xperia S release, the ion will be sold through the carrier retail locations and not just at the Sony Store.

We’ll have more info about this launch soon…
(Thanks tipster!)