TELUS to release the Nokia Lumia 610 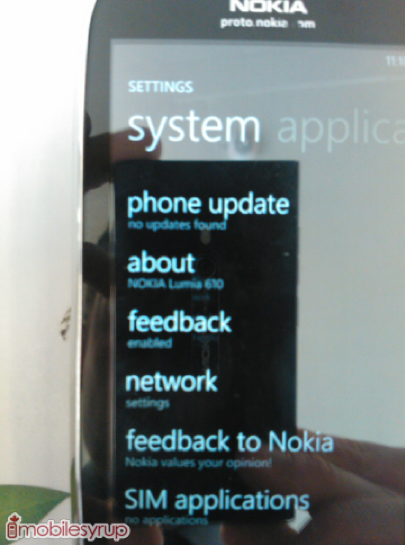 Back in March TELUS’ Brent Johnston, VP of Mobility Solutions, stated to us that they “are very pleased with the sales performance thus far, with Lumia sales meeting our expectations.” He was speaking about the Nokia Lumia 800, a Windows Phone powered device. The Lumia 800 was TELUS’ 3rd Windows Phone device, previously they released the LG Optimus 7 and the HTC Surround. Now, according to a tip we received, it looks like TELUS has plans to continue supporting the platform by adding the Nokia Lumia 610.

This pic shows the Lumia 610 as being a prototype device with some sort of brochure that sports the familiar TELUS leaf. We’ve been informed the 610, which is very much an entry-level device, is scheduled to launch sometime this Summer, probably in time for the back-to-school season. There’s no word on a price point, but we could speculate it to be around the Lumia 710 pricing of $200 – $250 outright.

We’ll have more info on this shortly.
(Thanks tipster!)