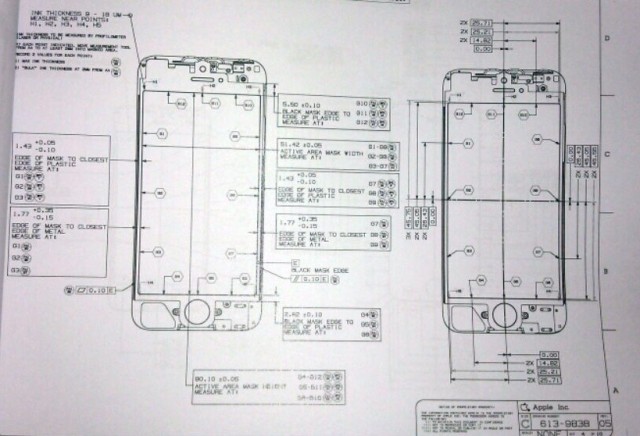 Another new iPhone leak today suggests the the rumoured casings we saw earlier were indeed either real, or on the right path, when it comes to the upcoming phone’s design. Supposed schematics of the device suggest that a 4-inch display is all but guaranteed, and that it will be some 7mm taller than the current version, owing to the “wider” 1136×640 display resolution.

We’re also looking at a relocated FaceTime camera slot, aligning it dead centre above the headpiece. This would likely allow for a slightly larger sensor, likely a 720p-capable front-facing camera, and would made the front a bit more symmetrical.

Overall nothing really new here, just confirming what we already know: the next iPhone will be slightly bigger, though not big enough for most hardcore Android lovers. Apple, however, isn’t appealing to those users, but to the hundreds of millions of iPhone 3GS, 4 and 4S users who are looking to upgrade.