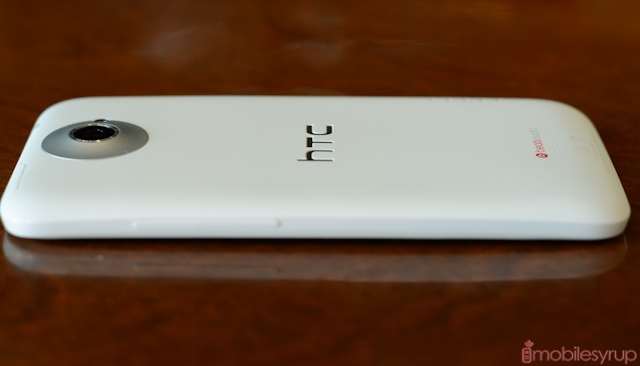 The Rogers HTC One X is here, and it is a stunner.

Before we publish our full reviews, we like to give you a taste of the device, and since this is one of the most-anticipated Android smartphones of the year, there is no better day to do it than on its release.

For reference, the HTC One X specs are:

The One X is a departure from previous HTC devices, with a smooth (though shiny) single-piece polycarbonate shell, subtly-etched speaker and headpiece grills, and a sloping waterfall effect on the side of the Super LCD screen.

Despite being 4.7-inches it doesn’t feel oversized, as there is very little wasted space above and below the display. At only 130g, the light weight and relative thinness of the chassis also lends itself nicely to even moderately-sized palms, though it may be too large for some people. In that case we’ve recommend waiting for the One S, which is due to be released in a few weeks.

Rogers is releasing the white model, which may be a blessing and a curse. While initially stunning in its pristine white coat, over time the One X will likely show dirt, scratches and general wear more so than a darker shade. The 8MP camera, one of the true highlights of the phone, protrudes ever-so-slightly from the back. It’s not quite to the same degree as the Desire HD, but could become a concern for the less assiduous users among us.

The phone just feels like a premium product; we wouldn’t have minded a bit more heft, or maybe a metal shell, but what HTC has done with the material and design here is a huge improvement over its 2011 models. There is a clear acknowledgement of form — the embedded notification light; the precision-bezelled speaker grill; the oh-so-slight curve to the body  — that speaks of a consistent message of restraint, and enhancing function without excess. If the Amaze 4G was HTC’s equivalent of giving customers a T-bone steak, the One X is its version of a lean filet mignon. 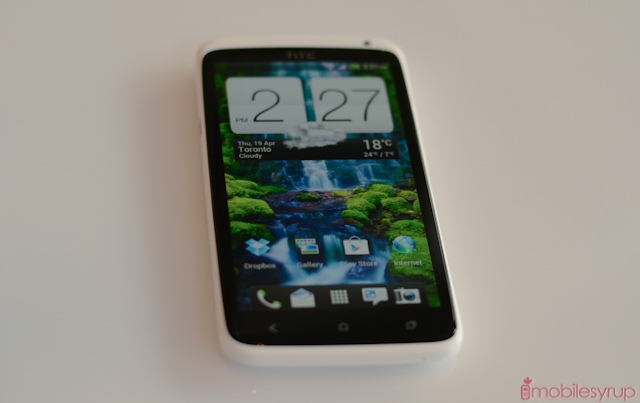 Hands-down, the best display on the market. I lavished praise on the Sony Xperia S (which is still fantastic) but the One S one-ups it in a few important ways. Colours are bright and accurate, blacks are very deep for a traditional LCD, and viewing angles are absolutely endless. This could be the best mobile display on the market.

It bears repeating that the Super LCD 2 panel is non-PenTile; text is so sharp it’s like reading a piece of paper. The automatic brightness setting works as expected, and at maximum brightness the screen is adequately viewable in direct sunlight. We’d say the Xperia S beats it on overall luminance, but not by much. The One X’s screen looks massive without feeling like a mini-tablet; HTC got the right balance of size and weight distribution here, and we’d be very happy to watch a couple movies on it. 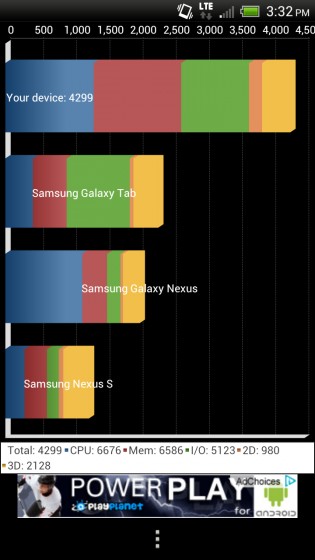 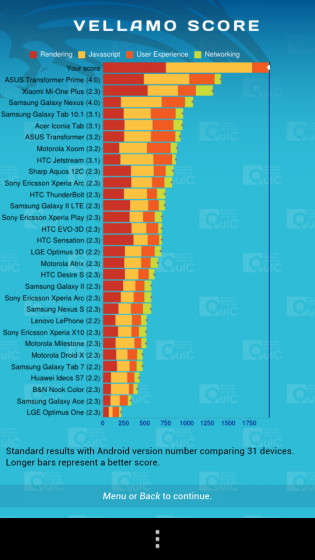 This is how Android should perform. Seriously, the improvements are staggering.

The One X is running a dual-core MSM8960 Snapdragon S4 SoC with an Adreno 225 GPU. This is the first device released to market with Qualcomm’s 28nm Krait architecture, a chip that easily doubles the speeds of its previous S3 family in most applications.

Running through the various homescreens of Sense 4.0, opening up apps, playing back movies, games, whatever — the One X doesn’t stutter. It just does not flinch. Even the Galaxy Nexus, which was built with Ice Cream Sandwich in mind, is occasionally felled by the weight of its own aging hardware. Not once since picking up the One X have we felt like there is a task it’s not adept at.

In benchmarks, too, the story is the same:

All of these scores are some 30-50% higher than the Snapdragon S3 family, and surpass even the mighty Samsung Exynos 4210 of the Galaxy S II. In terms of GPU performance, the Adreno 225 does not quite match the prowess of the Tegra 3, but bests it by a mile in CPU benchmarks.

It will be interesting to see how the One X, in both its Snapdragon S4 and Tegra 3 iterations, compares to the upcoming quad-core Galaxy S3. 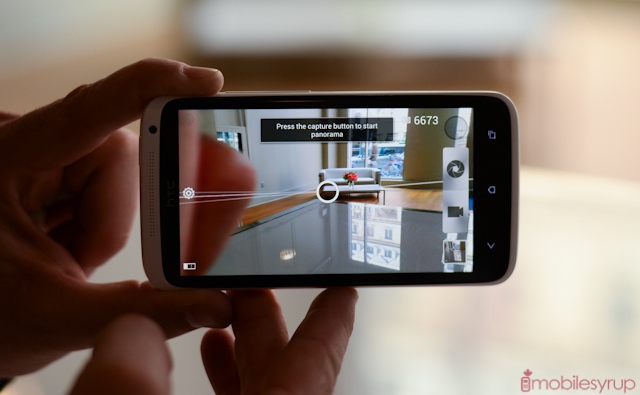 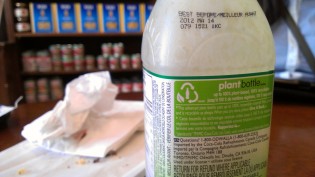 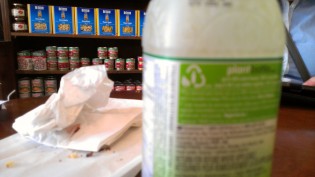 We’ve taken quite a few photos with the HTC One X, and while we can’t yet speak to whether the quality bests the iPhone 4S, it comes pretty close in most situations (to our eyes). More importantly, the camera UI in Sense 4.0 has seen a complete overhaul, with side-by-side camera and video shutter buttons. The One X captures shots at 4fps, something that only Intel’s upcoming Medfield chipset can boast of, but what we were most impressed with were the focus times and depth-of-field. The f/2.0 aperture lens and ImageSense DSP allows for a remarkably true camera experience, complete with touch-to-focus and sub-second shutter speeds. 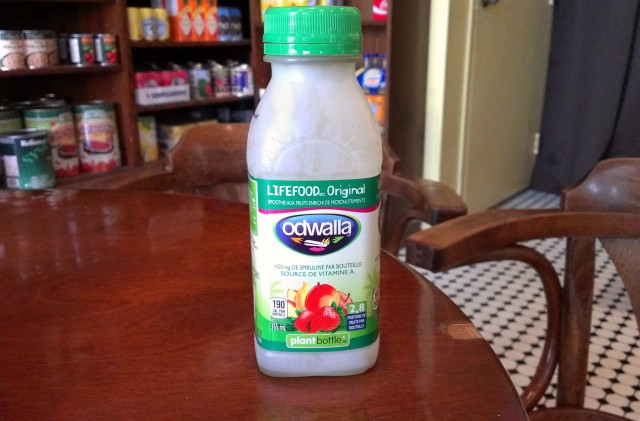 It appears that low-light shots don’t fare as well, and there is a perceptible amount of noise at ISO 800, but the camera module is usually able to keep values to below ISO 400 in most shots, unless there is a complete dearth of light. We’ll focus more on the phone’s low-light capabilities in the full review. 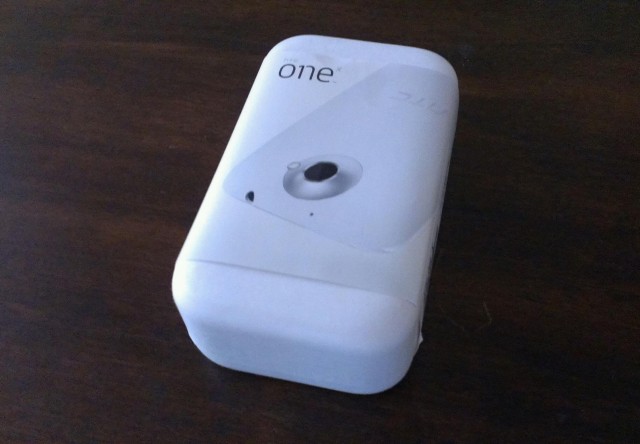 As you know, Rogers likely chose to go with the Snapdragon version of the One X because it wants a flagship product for the summer to showcase its high-speed LTE network. While battery life is a big concern, HTC representatives assured us that they worked closely with Qualcomm to squeeze the most possible juice from this fruit. In other words, built-in LTE plus a 28nm manufacturing process means lower power consumption. But Rogers LTE signals are traditionally weaker than its HSPA+ for two reasons: they are deployed on the less spectral-efficient AWS bands, and there are fewer towers currently deployed with LTE modems.

In Toronto we noticed our LTE signal usually vacillated between one and three bars, whereas we always managed to get four to five bars of HSPA+. Battery life has been good so far, but we won’t comment on it until we’ve done extensive testing.

LTE speeds, however, are fantastic. 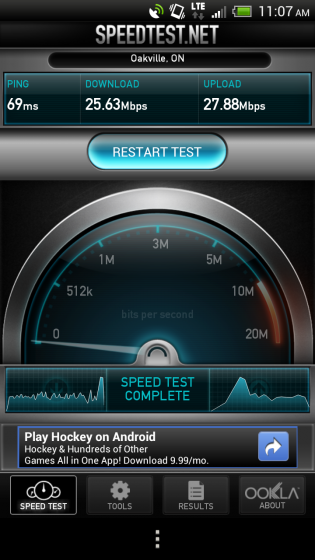 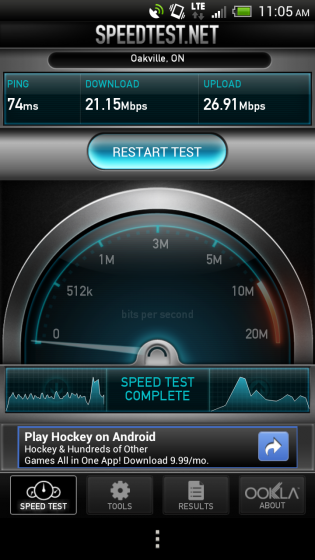 Averaging 20-25Mbps download speeds and 12-28Mbps upload, the Rogers network is fully primed for LTE. The sheer speed combination of the CPU and LTE makes the One X feel like the fastest phone we’ve ever used. We did notice that under heavy load, such as streaming a YouTube video or playing a game, the back of the One X would get quite warm, but we’re not going to declare a Heatgate until we’ve had more time with the phone. 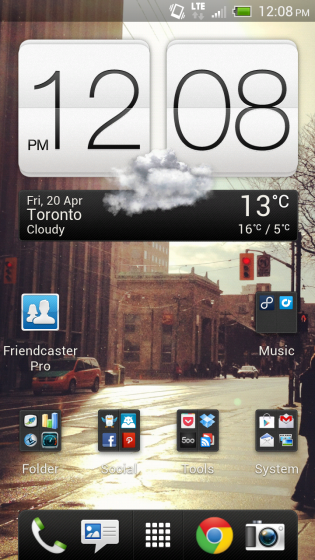 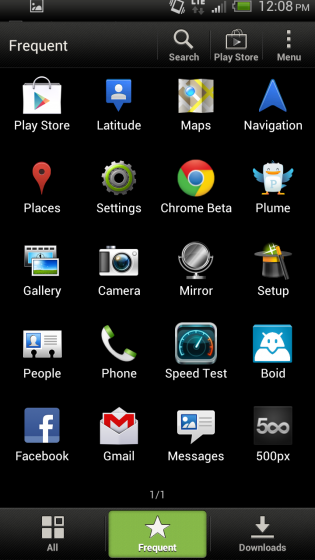 Without getting too long-winded, Sense 4.0 is exactly what it should be: a pared-down, sped-up, attractive upgrade over its bloated predecessor. Gone are the gaudy animations, slow reaction times and generally-dissatisfying feeling of floating in space. Sense 4.0 is lean, and it shows.

There are areas we’d like to see improved. Those widgets, such as Friendstream, are still there, pre-installed on the home screen like a blister. You don’t have to use any of HTC’s built-in social media services, and we’ve venture to say the official versions of Facebook and Twitter are vastly superior, but we’d like the company to tone it down a notch. The keyboard, too, has been redesigned, but there are two sore spots that we’d like to see addressed: the directional arrows on the bottom cannot be removed, and the space bar is far too small. We kept on accidentally hitting the ‘period’ instead of space, forcing us to change to SwiftKey Beta 3. 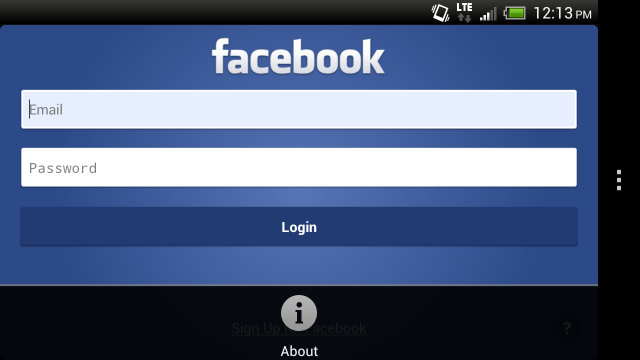 Then there is the stop-gap legacy menu button that takes up a centimetre of space in every app that hasn’t implemented the new ICS menu bar design. In the official Facebook app, for example, one doesn’t get to enjoy the entire 4.7-inch screen as the bar just sits at the bottom (or right, depending on orientation), looking smug. Once the majority of developers update their apps to take advantage of Android 4.0 the problem will be moot, but in the meantime many of our favourite apps have this ill-seeming protrusion.

Overall performance throughout the OS is incredibly smooth, but this is owed more to Ice Cream Sandwich than anything HTC has implemented. The superior hardware and Google’s GPU-accelerated software layer are a match made in Android heaven.

That’s it for now

While we work on a full review for you, let us leave you with this one tidbit: Android is still Android, and if you’re not a fan you won’t likely become one overnight. But the One X is possibly the industry’s best “custom” implementation of hardware and software to date. It comes as close to feeling instantaneous as possible, peeking above that iOS responsiveness threshold we seem to hold in such high regard. In reality, Android is still a very fragmented world, with new devices launching on Gingerbread even as we speak.

But the OS has gained so much in terms of app quality and overall “shine” since the release of Ice Cream Sandwich that we can’t help but feel optimistic for its future. HTC, like Google, did what it had to in building upon its previous missteps. Both the One X and Android 4.0 feel like a culmination of their respective creators’ hard-earned experience.