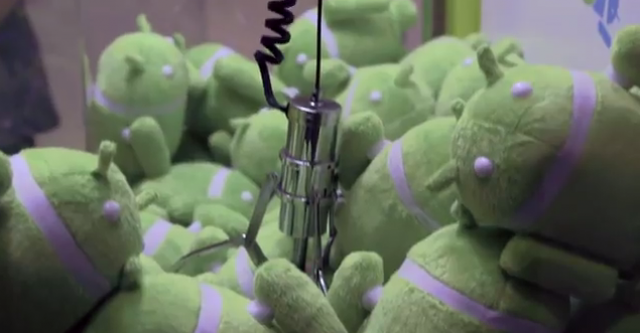 Trend Micro came out last week with news that RIM’s BlackBerry 7.0 was the most secure OS for the enterprise, ahead of Apple’s iOS, Microsoft’s Windows Phone and Google’s Android OS. Today, Trend Micro is back and out a new report called the Q1 2012 Security Roundup Report. It outlines everything you think it would and says that cyber-criminals are taking a different path to reach us – what used to be a one-time “smash-and-grab incidents” have turned into “long-term, on-going campaigns.”

The top choices of cybercrimials to get at your data was targeting “Linsanity, Whitney Houston’s death, and sociopolitical upheavals around the world” through a variety of infectious software. Specifically when it comes to mobile, Trend Micro cited smartphones and tablets are a security issue, specifically with the high adoption of apps. However, the only OS noted was Android. Trend Micro’s report revealed that they “identified approximately 5,000 new malicious Android apps in the first quarter.”

In the past we’ve seen a fake apps like Temple Run, Angry Birds, Google Play all wanting you to download with the intent to infect your device and grab your data.

Google acknowledged an issue with some malicious apps and launched “Bouncer,” a tool that scans developer accounts and Google Play for “potentially malicious software without disrupting the user experience.” When it was launched in February Google stated they noticed the number of malicious apps in Play decrease to the tune of a 40% reduction during 2011. At the time Google said that “While it’s not possible to prevent bad people from building malware, the most important measurement is whether those bad applications are being installed from Android Market”. No updates what Bouncer has produced since its launch

Robert McArdle, Trend Micro Senior Threat Researcher, said “One big reason for the popularity of apps is their ease of use. Browsing the net on your mobile phone is not the same experience as doing it on a laptop… The key thing to remember is to think before you give an app access to your data… If you have any doubts about giving oversensitive information, just don’t do it.”

Instead of continually putting the face of fear in all of us, Trend Micro does give some advice when installing smartphone apps: Be ready to give out some personal information, know that a third-party will gain access to your information and know the app developer’s reputation.

Be careful out there.
Source: CNW