Half of Canadians will use mobile banking in the next two years: study 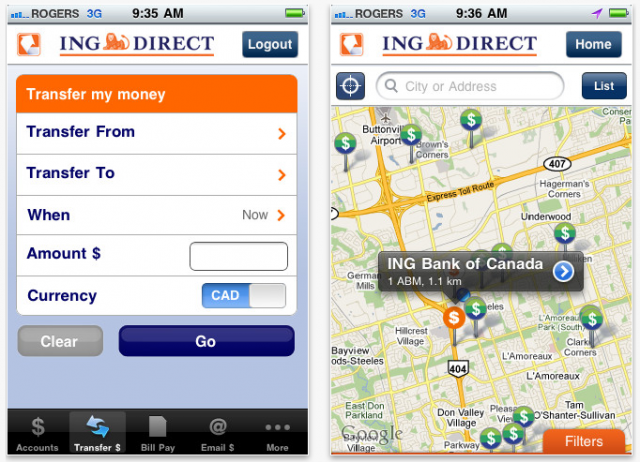 Approximately 49% of Canadians are expected to use mobile banking in the next two years, according to a study done by ING Direct. And, if you limit the demographic to 18-34 year olds the number rises to 64%. This indicates that, for the most part, consumers are feeling more comfortable doing monetary interactions on their smartphones, increasing the pace for adoption and ultimately, innovation in the field.

At the moment, 35% of those surveyed claim to have done some banking on their mobile devices in the last 12 months. Of those, 66% use a dedicated app — all of the five major banks have mobile apps for at least one platform — while 34% used the bank’s mobile website. Obviously security is still the biggest barrier to customer adoption, with 64% claiming it as their number one concern, but a greater number, 27%, are no longer worried about security breaches.

The coming years will see a significant change to the way we make payments, too. NFC technologies are going to bring mobile payments to phones, while transferring money between users is becoming as easy as touching two phones together. You can already pay for your drink at Starbucks on your iPhone.