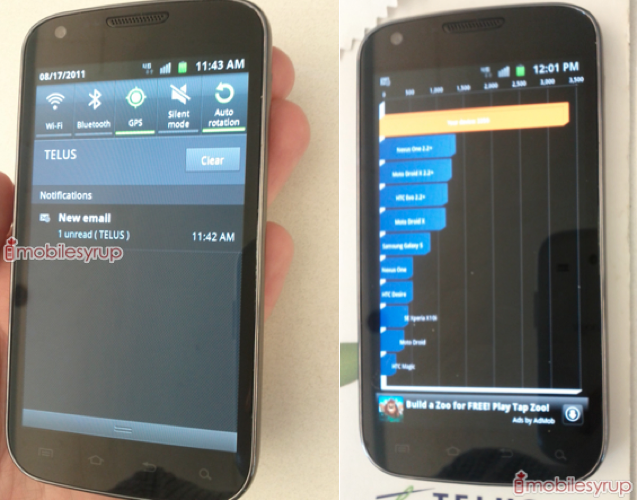 Here it is Canada! You can consider this confirmation that the Samsung Galaxy S II Hercules is coming to TELUS. We first saw a pic a few weeks ago, but now a couple more images have surfaced. Look at this gem of an Android! We’re told it’s running OS 2.3 Gingerbread and as you can see these pics are much clearer and shows off that it’s hooked onto TELUS’ network.

The Hercules looks like a Nexus S with its curved edges and has a chrome band that wraps around the device.  The display is rumoured to be 4.5-inches and visible is the front-facing camera (2 megapixel) and the capacitive menu, home, back and search buttons. As for performance, the Hercules will be Canada’s first dual carrier 42Mbps smartphone and will come with a 1.2GHz dual core processor. The pic that was sent into us shows that it just scored an impressive/remarkable/stunning 3,359 on a Quadrant benchmark.

No word on a release date or pricing yet… the countdown is on!
(Thanks tipster!) 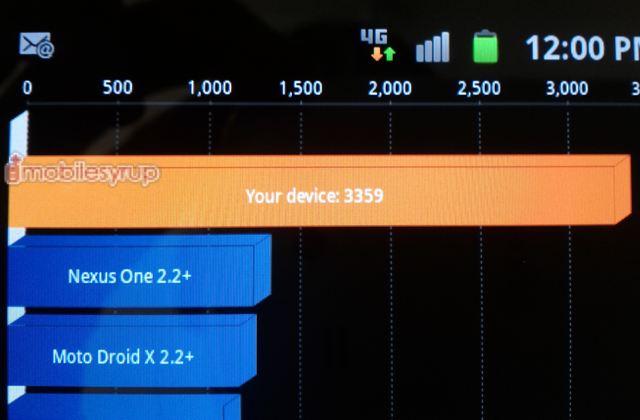